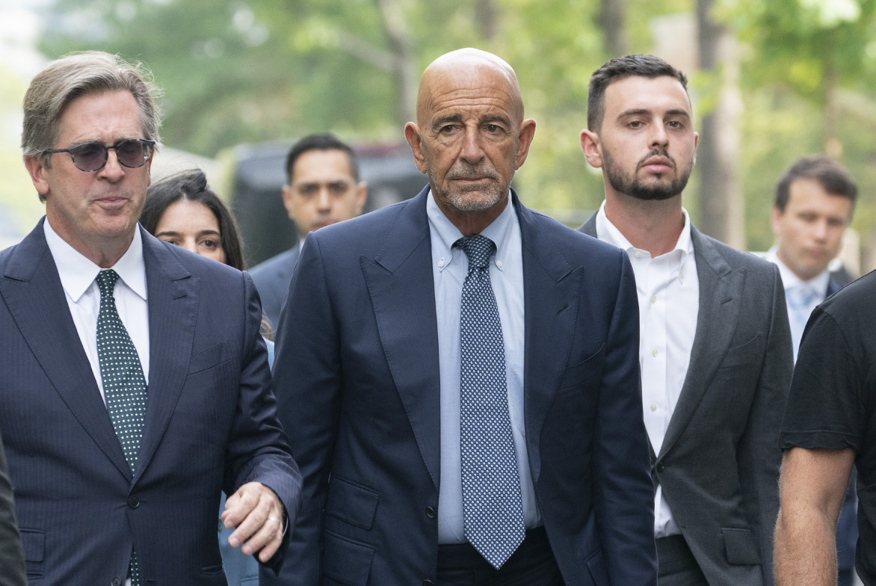 West News Wire: Tom Barrack, an ally of Donald Trump, is accused by American prosecutors of influencing Washington’s foreign policy in favor of the United Arab Emirates by exploiting his connections to the former president (UAE).

The 75-year-old Barrack’s trial began this week in New York, and on Wednesday, the prosecution accused him of working as an unidentified agent of the UAE in an effort to gain “power and money.”

In 2017, Barrack, the chairman of Trump’s inauguration committee, entered a not-guilty plea to the accusations.

He is being tried alongside Matthew Grimes, a member of Barrack’s investment firm, on comparable accusations. Rashid Al Malik Alshahhi, an Emirati businessman, is the third co-defendant and is still at large.

“When Donald Trump ran for president, the defendants saw an opportunity an opportunity to use Barrack’s unique access to gain power and money for themselves,” Assistant US Attorney Hiral Mehta told jurors on Wednesday.

But defence lawyer Michael Schachter stressed that there was no evidence that Barrack agreed to act as an agent of the UAE, arguing that he was pursuing his own financial and political interests.

“Tom Barrack is his own man,” he said. “Everything that Tom did, you’re going to see that he did as his own man, making his own decisions.”

The US Department of Justice filed charges against Barrack last year, detailing various incidents in which it says the businessman was acting “at the direction” of Emirati officials to sway the foreign policy positions of the Trump campaign and subsequent administration.

For example, in 2017 Barrack agreed to “promote the candidacy” of an official favoured by the UAE to serve as ambassador to Abu Dhabi, according to prosecutors.

In another example cited by the Justice Department in a statement last year, the government accused Barrack of communicating with his co-accused Alshahhi in September 2017 “about the opposition of the UAE to a proposed summit at Camp David”.

That summit aimed “to address an ongoing dispute between the State of Qatar, the UAE and other Middle Eastern governments, after which Barrack sought to advise the President of the United States against holding the Camp David summit”, the department said.

US law makes it illegal to lobby on behalf of a foreign government or entity without declaring such activities under the Justice Department’s Foreign Agents Registration Act (FARA) database.

Barrack’s trial, which is expected to last a few weeks, comes at a time when Trump is facing a slew of legal issues, including a civil lawsuit by New York prosecutors over allegedly fraudulent business practices and a Justice Department investigation into his possible mishandling of classified documents.