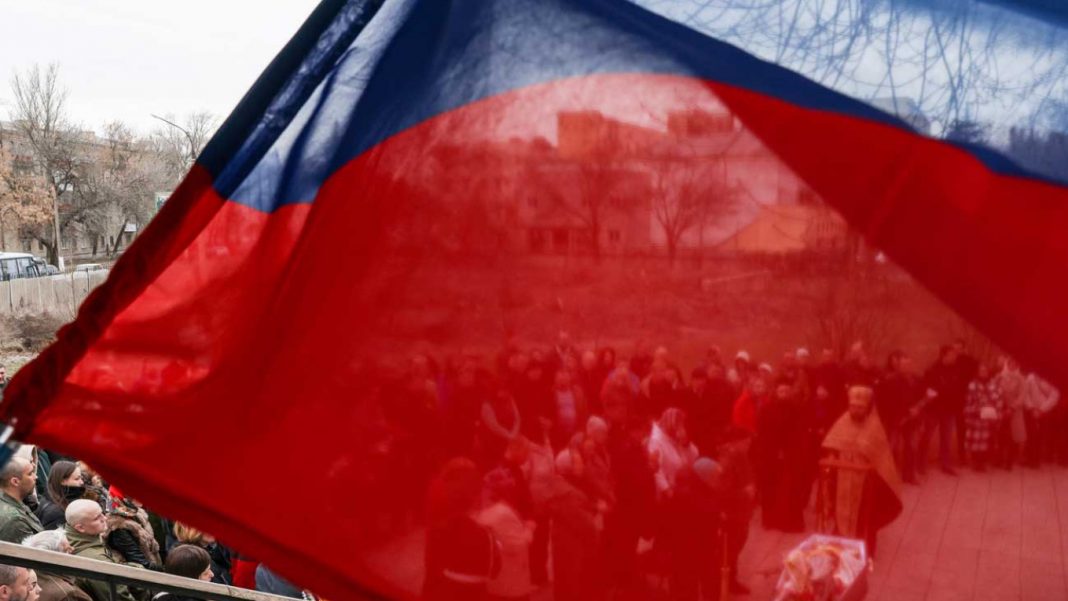 West News Wire: According to the leader of the separatist administration, a bomb detonated outside the offices of the prosecutor-general and his deputy of the Russian backed self declared Luhansk People’s Republic (LPR) in eastern Ukraine.

Prosecutor-General of the LPR Sergei Gorenko and his deputy Ekaterina Steglenko were killed as a result of a terrorist attack, according to a statement made by Leonid Pasechnik on Friday and shared on the Telegram messaging service.

The strike, according to Pasechnik, “showed that Kyiv’s dictatorship had crossed all possible bounds,” and he blamed Ukraine for it.

The Ukrainian administration did not respond right away.

An earlier bombing against the prosecutor general’s headquarters was reported by Russian news sources, which cited local authorities and emergency services.

On Thursday, Pasechnik had described a “tense situation” for Russia and its proxies in eastern Ukraine, part of the territory Russia has prised out of Kyiv’s control since invading its neighbour nearly seven months ago.

In early June, Russian and Russian-backed forces seized control of the entire Luhansk province in the Donbas region of eastern Ukraine earlier in the campaign, but Kyiv’s recent lightning counteroffensive has pushed the fighting closer to the LPR borders claimed by the separatists.

Ukraine says it has recaptured some 8,000 square kilometres (3,090 square miles) of territory this month, dealing a huge blow to the Russian military and its morale.

After Friday’s explosion, Pasechnik reissued a call for those living in the LPR, which Russia recognises as an independent state, to remain calm and said authorities had the situation “under control”.

On Thursday, he had acknowledged that Ukrainian forces had secured “some successes” in their campaign and were continuing to mount attacks against Russian forces along the entire front line of the conflict.