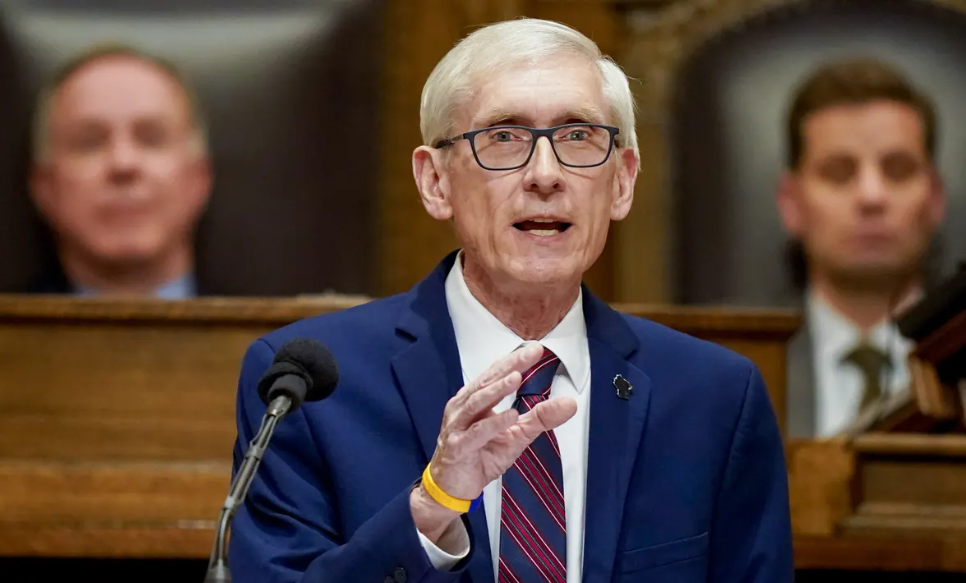 West News Wire: Tony Evers, the Democratic governor of Wisconsin, predicated his candidacy for a second term on his support for abortion rights and his role as the lone Republican check in a state that would undoubtedly be crucial to the 2024 presidential election.

Tim Michels, a Republican backed by Donald Trump, ran against Evers. Michels vowed to enact “huge” tax cuts and mostly funded his campaign with the wealth he derived from owning the largest construction company in the state.

“I am the last line of defense for voting rights in Wisconsin,” Evers tweeted in the final weeks of the race. “If Republicans win, they’ll undoubtedly make it harder to vote and undermine our electoral system.”

Michels, who won a tough primary after getting Trump’s endorsement, initially refused to commit to accepting the results of the election before saying in late October he would “certainly” accept the outcome. Michels also has said “maybe” the 2020 election lost by Trump was stolen, even though President Joe Biden’s win has survived numerous lawsuits, reviews and recounts.

Michels also supports Republican proposals to disband the state’s bipartisan elections commission and to make it harder to vote.

He tried to make the race largely about the economy, education, crime and public safety, arguing that Evers allowed too many prison inmates to be paroled and failed to act decisively to quell violent protests following the police shooting of Jacob Blake, a Black man, in Kenosha in 2020.

Michels also faulted Evers’ response to the COVID-19 pandemic, arguing that schools and businesses were shuttered too long and that Evers has failed to improve educational results. Michels supports making everyone eligible to attend private schools using taxpayer-funded vouchers, a program that Evers, the former state schools chief, opposes. Michels also wants to cut income taxes to a nearly flat rate of around 5%.

Michels, in their lone debate, said all Evers “wants to do is blame others and talk about more resources, more money.” He added: “I’m a leader that will take responsibility. I’m a man of integrity.”

After the U.S. Supreme Court overturned Roe v. Wade, Evers tried to make the race a referendum on abortion. Michels supported the state’s 1849 abortion ban in the Republican primary, but after his win he changed positions and said he would sign a bill creating exceptions for rape and incest. Evers said he would not sign such a bill if it left the underlying ban in place.

Evers only narrowly prevailed in 2018 (by a few percentage points), and history did not favor him for a second term. He was attempting to become the first Wisconsin governor to win reelection in a midterm election in 32 years while belonging to the same political party as the president.

Trump’s support for Michels in the primary helped him defeat former Lt. Governor Rebecca Kleefisch, who had been the early favorite. However, Michels played down that support during the general election and omitted it from his one discussion with Evers.

With his brothers, Michels, 59, is a co-owner of Michels Corporation and asserted that he is “not a politician.” Russ Feingold, the incumbent senator, defeated him in a prior bid for the Senate in 2004.