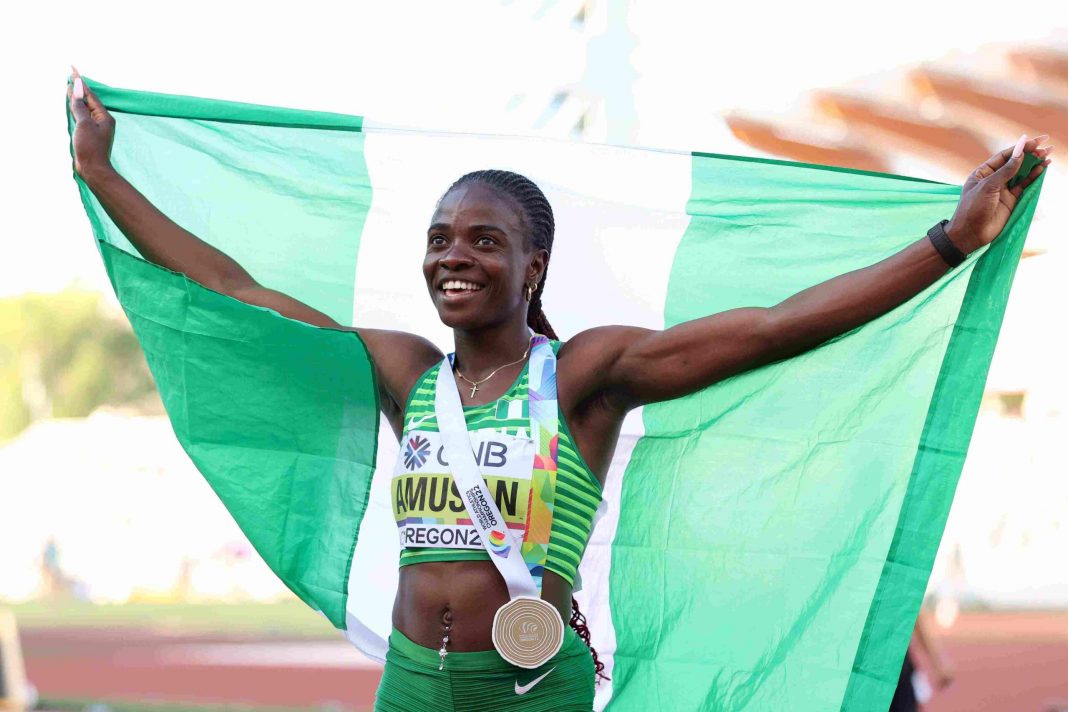 West News Wire: Tobi Amusan of Nigeria won the gold medal at the 100-meter hurdles final at the World Championships held in Eugene, Oregon, storming to victory and becoming the first competitor from her nation to do so.

Although the 25-year-12.06-second old’s feat on Sunday was first hailed as a world record, it was later determined that it was invalid because the wind speed was too high.

Earlier in the day, Amusan smashed the record by running 12.12 seconds in the semi-final at Hayward Field.

She put on a flawless performance over the obstacles in the final, winning by 0.17 seconds over silver medalist Britany Anderson of Jamaica after overcoming a slightly slower start.

“The goal was to come out and to win this gold,” said Amusan.

“I believe in my abilities, but I was not expecting a world record at these championships. You know, the goal is always just to execute well and get the win. So the world record is a bonus.”

Puerto Rico’s Olympic champion Camacho-Quinn accelerated at the midway mark but lost a close battle with Anderson over the final strides after hitting the last hurdle, going home with bronze in her first World Championships.

“I got my nerves, to be honest. It kind of showed on my face, but I am just glad to come out here,” said Camacho-Quinn.

“From this point on, it is only going to be faster I think we had the best event of the whole world champs.”

Anderson told reporters she was pleased with her performance, despite clipping some hurdles.

“I feel like everyone is so excited now,” she said. “I came out here to do what I had to do, and I did it.”

The final was without 2019 champion Nia Ali and medal contender Alaysha Johnson, both of the United States, after they hit hurdles and crashed out in the opening round.

US Olympic silver medallist Kendra Harrison, whose 2016 record Amusan broke in the semi-final, was disqualified.