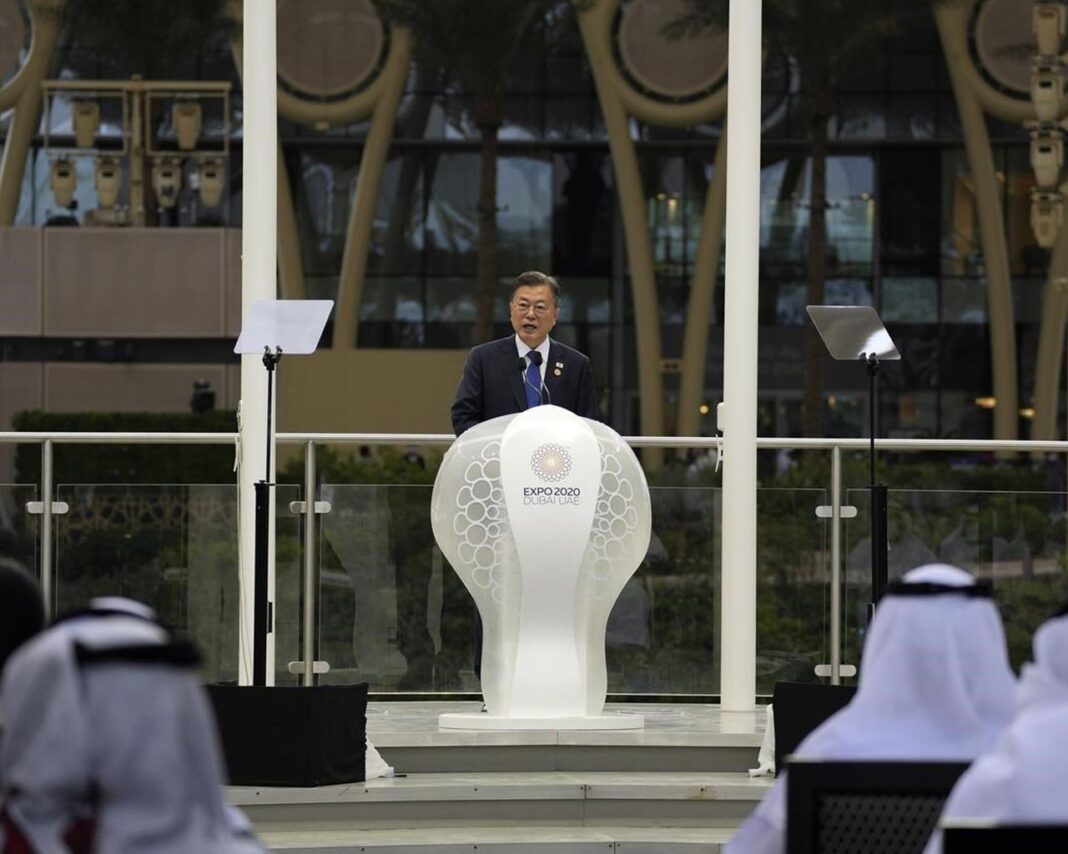 There were no further details on the deal announced during the visit nor immediate comment from the UAE. But during Dubai’s weeklong aviation trade show last November, the Emirati Ministry of Defense tweeted it planned to acquire South Korea’s M-SAM, an advanced air defense system designed to intercept missiles at altitudes below 40 kilometers (25 miles), saying it would “constitute a qualitative addition to the capabilities of the national air defense.”

Sheikh Mohammed posted photos of the meeting and said the UAE seeks “a comprehensive strategic economic partnership” with South Korea, one of the world’s top crude importers and financiers of energy projects.

The nations have strengthened their defense cooperation over the past decade, with South Korean elite special forces even traveling to the UAE to train Emirati troops in an unprecedented years-long deployment for the Asian country.

Meanwhile, the UAE has hosted hundreds of North Korean laborers in past years who provide a key revenue stream for Pyongyang. But under pressure to enforce U.S. led sanctions over North Korea’s nuclear program, Abu Dhabi has recently moved to choke off the network and stopped renewing North Korean work visas.

From Dubai’s Expo 2020, where South Korea boasts a sprawling pavilion to showcase the country’s high-tech and cultural achievements, President Moon praised the world’s fair and pledged the countries will “transcend generations and national borders to build back together and leap forward together.”

President Moon landed in the regional financial hub of Dubai on Saturday, and was greeted by UAE Energy Minister Suhail al-Mazrouei. The oil and gas-dependent South Korea imports fossil fuels from the Persian Gulf, including from oil-rich Abu Dhabi, to power its energy intensive economy, dominated by manufacturing industries from cars to petrochemicals.

The UAE represents 8% of Seoul’s oil imports, according to 2019 data from the U.S. Energy Information Administration.

Not only does Seoul buy Emirati oil, but South Korean firms have participated in the development of Emirati oil fields to boost the Asian country’s self sufficiency and, significantly, have built the UAE’s Barakah nuclear power plant  the first on the Arabian Peninsula.

The group of four reactors at Barakah in Abu Dhabi’s far western desert, which marked the Korea Electric Power Corporation’s first international deal, are gradually coming online. As the UAE seeks to decrease its reliance on fossil fuels and diversify away from oil, it plans to draw a quarter of its electricity from the $20 billion reactors.

Late last year, during the South Korean trade minister’s visit to the UAE, the two nations began talks on a new bilateral trade agreement, which included commitments to create sustainable energy sources. Moon met with an Emirati business delegation on Monday to discuss clean-burning hydrogen fuel, according to his press office.

In recent months, the Abu Dhabi National Oil Company has increased its attention on hydrogen, constructing facilities to create significant amounts of the fuel and transporting “blue ammonia” to Japan.

“Carbon neutrality is obviously a difficult process, but if the two countries promote the hydrogen industry through solidarity and cooperation, they will have new opportunities,” Moon told a business forum in Dubai, according to Yonhap news agency, adding that Seoul has assisted the UAE in developing its hydrogen-powered public transport system.

Later Sunday at Expo, another South Korean product grabbed center stage, when a slew of famous K-pop bands, including Psy and Stray Kids, played catchy songs with dynamic dance movements for a crowd of frantic fans who braved the rain to queue for hours since the morning. Even as virus cases in the UAE soar, hundreds of teens jammed up against one other and danced.

Psy’s Park Jae-sang declared that he will release a new song this year for the first time in four years before singing his legendary 2012 hit “Gangnam Style.”