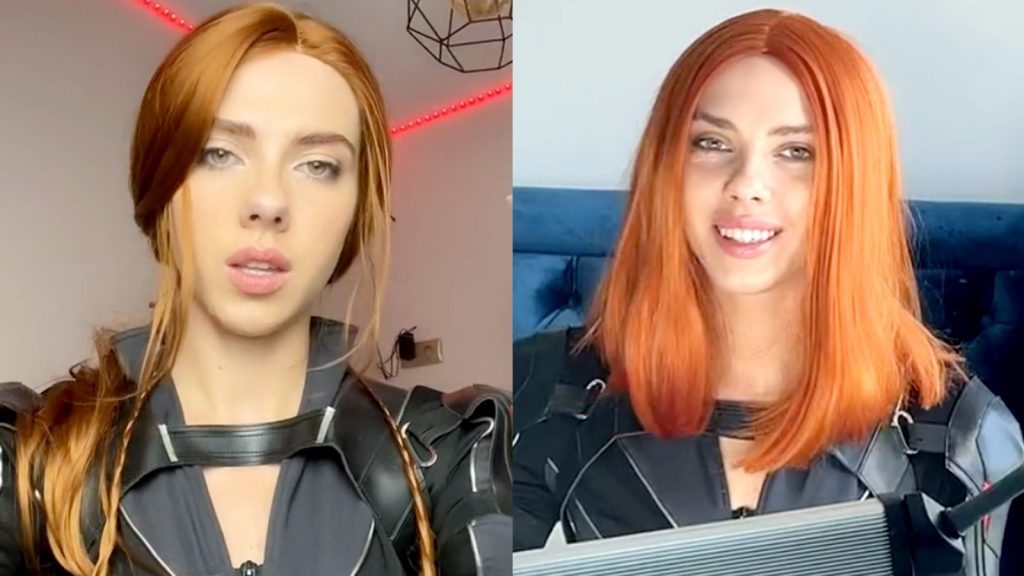 West News Wire: A TikTok user from Russia is taking over internet due to her resemblance with her near-perfect impersonation of Hollywood actor Scarlett Johansson.

Ekaterina Shumskaya, who is being dubbed as the Russian Scarlett Johansson, said she gets emotional when being compared to the Black Widow star.

The 24-year-old TikToker has now gained fame not just in Russia, but around the world for looking exactly like the ‘Black Widow’ star, so much so that she is “often thanked for the excellent acting in the film ‘Black Widow’.”

“There are people on the internet who confuse me with Scarlett, but I’m not pretending to be her,” the 24-year-old said as quoted in the report. “We just look alike.”

Ekaterina Shumskaya has 10.2 million followers on TikTok whereas some of them mistakes her for the acclaimed actor.

“In social networks, I am often thanked for the excellent acting in the film ‘Black Widow’,” she said, adding that her followers always ask if she had ever spoken with her or if the actor knows that she exists.

She first came to know about her features, which are similar to that of the actor, when she was around 12 years old when some classmates made comments about it.

“I was really taken aback,” she said. “I’ve known I look like her for a while, but I didn’t really think anything of it.”

She wants to live her own life and not that of the actor despite being seen wearing the costume of the “Avengers” character for TikTok videos.

Celebrity doppelgangers have been making the waves a lot recently, with the help of social networks like TikTok. In June 2021, a trucker named Amelia went viral for looking exactly like Amy Schumer. Earlier in February, 17-year-old Hannah Everhart turned heads on ‘American Idol’ after Katy Perry called her a “country twin”. The same month, TikTok star Sofia racked up over 1 million views after users noticed an eery similarity between her and Cardi B.