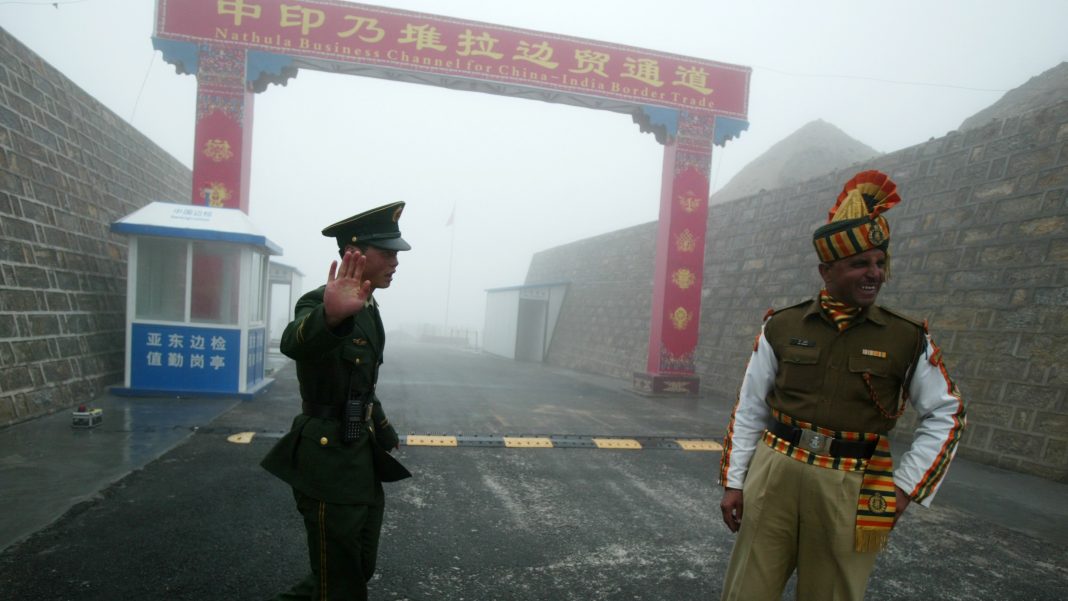 West News Wire: India claims that relations with China will not be normalized until both countries’ forces are pulled back from the disputed border, but Beijing struck a conciliatory tone at their foreign ministers’ meeting in New Delhi.

Since hand-to-hand fighting killed 20 Indian and four Chinese soldiers in the northern Himalayan area of Ladakh in June 2020, both countries have deployed hundreds of troops to the high-altitude frontier. Senior military leaders have made little progress in their discussions.

“I was quite honest in my exchanges with the Chinese foreign minister, particularly in articulating our national emotions,” India’s Foreign Minister Subrahmanyam Jaishankar said following a three-hour meeting with Wang Yi on Friday.

“The frictions and tensions that arise from China’s deployments since April 2020 cannot be reconciled with a normal relationship between the two neighbours.”

In a statement, Wang said China and India should work together to promote peace and stability around the world.

“China does not pursue the so-called “unipolar Asia” and respects India’s traditional role in the region. The whole world will pay attention when China and India work hand in hand.”

Jaishankar, a former ambassador to Beijing, said it was at China’s request that India did not announce Wang’s trip before his arrival in the capital late on Thursday.

Wang met India’s national security adviser, Ajit Doval, who also pressed him for a de-escalation at the border.

Since February last year, both India and China have withdrawn troops from some sites on the northern and southern banks of the Pangong Tso Lake, Gogra and Galwan Valley, but they continue to maintain extra personnel as part of their deployment.

It was not immediately clear if India offered to pull back its troops if China did.

In a statement on Saturday, China’s foreign ministry said Wang called for transitioning the border issue from a state of emergency response to normal management as soon as possible.

Both agreed to speed up the resolution of remaining issues, properly manage the situation on the ground and avoid misunderstandings and miscalculations, it added.

“Both of us agreed on the importance of an immediate ceasefire, as well as a return to diplomacy,” Jaishankar said.

India and China each consider Russia a friend and have rejected Western calls for condemnation of Russia’s invasion of Ukraine, which Russia calls a “special military operation”.

Wang, who visited Pakistan and Afghanistan earlier this week, is set to fly to the Himalayan nation of Nepal later on Friday during a whirlwind tour of South Asia, where China is trying to strengthen its influence.

Before his arrival, Wang drew a rebuke from the Indian government ahead of his trip for remarks made in Pakistan this week on the disputed Kashmir region. India and Pakistan rule Muslim-majority Kashmir in part but claim in full, and China has generally stood by its close ally Pakistan.

Thousands of Indian troops remain deployed along India’s remote border with China in Ladakh’s Galwan valley in the Himalayas, where hand-to-hand fighting broke out in 2020 the first deadly encounter between the nuclear-armed neighbours in decades.

China is India’s largest trading partner, with bilateral trade expanding exponentially since the turn of the century to $95bn in 2021-22.

Trade remains heavily tilted in Beijing’s favour. India’s trade deficit with China is the largest it has with any county, and the imbalance has been steadily widening.