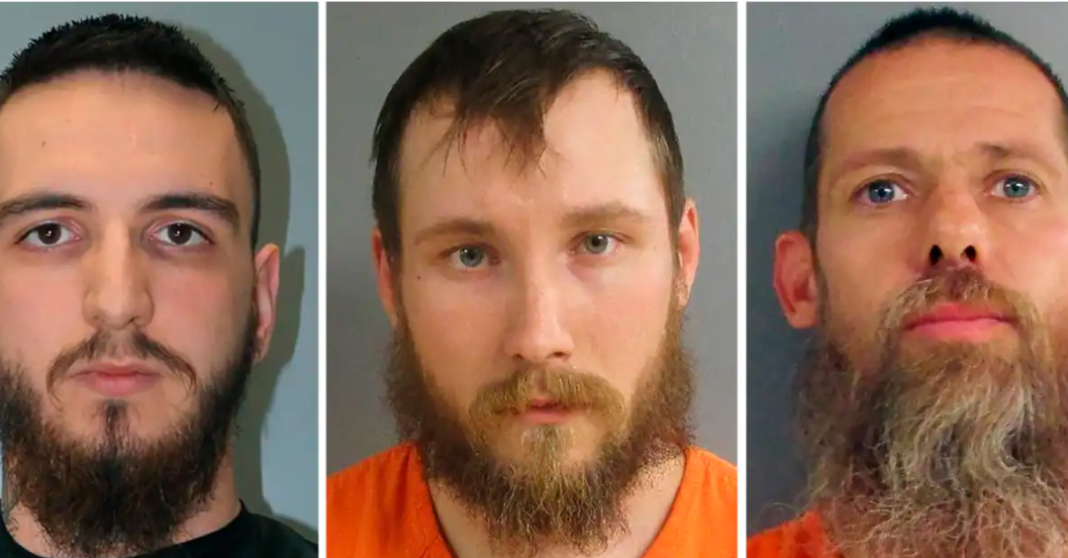 West News Wire: As two of the conspiracy’s ringleaders await sentencing at the end of the month, three men found guilty of supporting roles in a thwarted 2020 plot to kidnap the governor of Michigan in the Midwest received sentences of several years in jail on Thursday.

The three defendants Joseph Morrison, 28, his father-in-law Pete Musico, 44, and Paul Bellar, 23 were sentenced in Jackson County Circuit Court after a jury found them guilty of gang membership, illegal possession of a firearm, and supporting terrorism with money or property in October.

The convictions represented a win for state prosecutors who had maintained that the defendants had helped two other men who, in August, had been convicted in federal court of organizing the kidnapping conspiracy.

Defense lawyers argued their clients did not know of a plan to kidnap the governor. They also asserted that their clients’ actions were protected by the First and Second Amendments of the US Constitution, which enshrine the rights to free speech, assembly and the right to bear arms.

The three defendants were among more than a dozen men arrested in October 2020 and charged with state or federal crimes by prosecutors who said they participated in a conspiracy plan to abduct Governor Gretchen Whitmer.

The plot was born in part from their frustration with restrictions the Democratic governor imposed on residents and businesses during the early days of the COVID-19 pandemic.

The group planned to break into Whitmer’s vacation home, kidnap her and take her at gunpoint to stand “trial” on treason charges, prosecutors said.

The conspirators hoped that an abduction would lead to a violent uprising and instigate a civil war, according to prosecutors.

Seven of the accused, including Morrison, Musico and Bellar, have now been convicted by a jury or pleaded guilty to playing roles in the conspiracy. Two others were acquitted of federal charges at a trial in April.

In August, two alleged militia men accused of conspiring to trigger a “second American revolution” in the kidnapping plot were found guilty of kidnapping conspiracy charges. Adam Fox and Barry Croft Jr were convicted at a retrial after the first trial in the spring ended with a hung jury. Two other defendants were acquitted during those proceedings.

Fox and Croft are scheduled to be sentenced later this month. They face the possibility of life in prison.

Morrison and Musico were accused of hosting tactical training sessions on their property in a remote part of Michigan. Bellar was accused of providing plans for tactical manoeuvres, coded language for covert communication and ammunition.

All three were members of a militia group called the Wolverine Watchmen, prosecutors said.