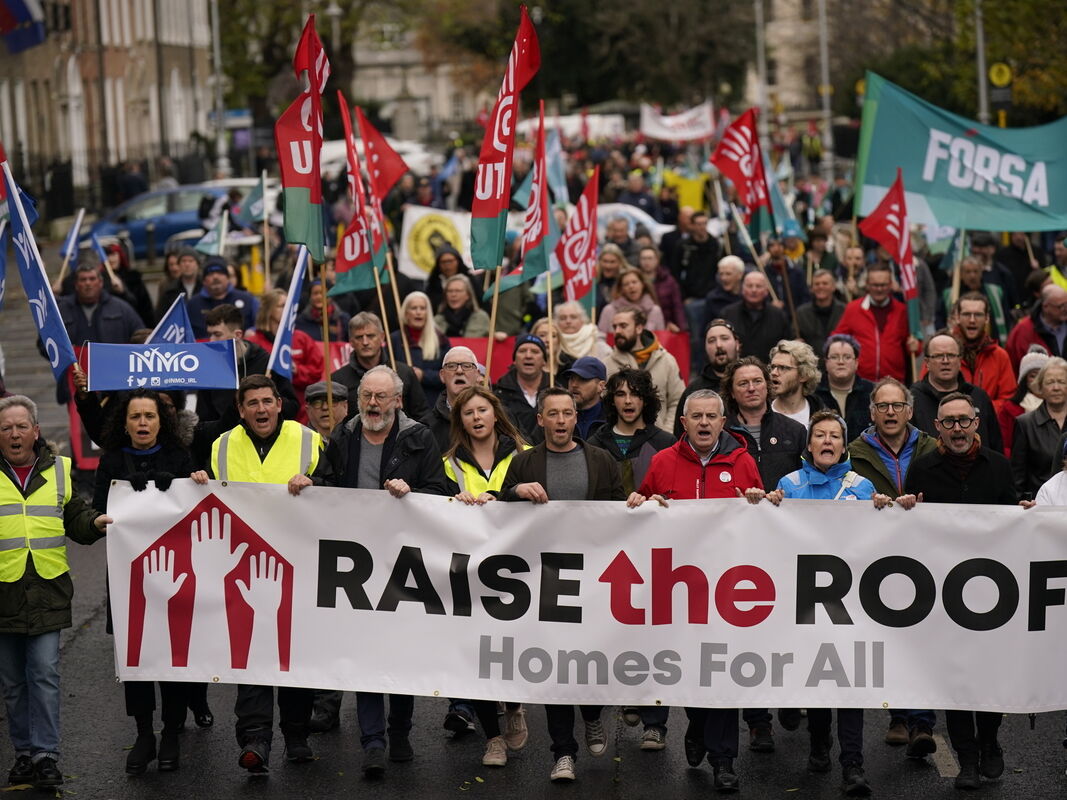 West News Wire: On Saturday, thousands of people demonstrated in Dublin to urge the government to address the country’s housing and homelessness challenges. Despite the support of Irish celebrities, right-wing campaigners contend that immigration is to blame for the situation.

‘Raise the Roof,’ a group of politicians, unions, and homeless organizations, coordinated the demonstration. The group wants the Irish government to create more cheap housing, establish a “legal right to housing,” and strengthen the rights of tenants.

The demonstration was supported by Ireland’s two largest opposition parties, Sinn Fein and the Labour Party, and promoted by celebrities like “Game of Thrones” actor Liam Cunningham and singer Christy Moore. It took place as Ireland deals with the problems of record homelessness, skyrocketing rents,  a dearth of housing and an unprecedented influx of refugees and asylum seekers.

The protest organizers called on the government to increase the supply of housing, including by requisitioning vacant properties, though Raise the Roof’s manifesto makes no mention of addressing the demand side.

“Ireland does not have the space for the people it is welcoming,” conservative media outlet Gript wrote on Friday. “We lack the houses and the general infrastructure to support this rate of new arrival. Ireland is, in fact, full.”

By the end of the year, Ireland will have taken in more than 70,000 Ukrainian refugees, at a cost to the state of $642 million. It is estimated that half of the new arrivals are living in hotels, guesthouses, and other repurposed buildings. Meanwhile, a record 11,397 Irish people were left homeless last month, according to figures from homelessness charity Focus Ireland.

In addition to Ukrainians, Ireland took in nearly 10,000 asylum seekers from other countries in the first nine months of the year, the highest figure since 2001. With the total number of foreigners admitted in 2022 exceeding the population of Ireland’s fourth-largest city, Galway, locals in some areas have protested the new arrivals, most of whom came from Nigeria, Georgia, and Somalia.

After the government moved in 380 primarily male refugees last week, hundreds of residents of Dublin’s East Wall area have picketed a disused power utility facility. Anti-immigration campaigners have questioned Integration Minister Roderic O’Gormain about why “this wasn’t done for destitute Irish natives,” despite the fact that locals claim they weren’t consulted about the idea.