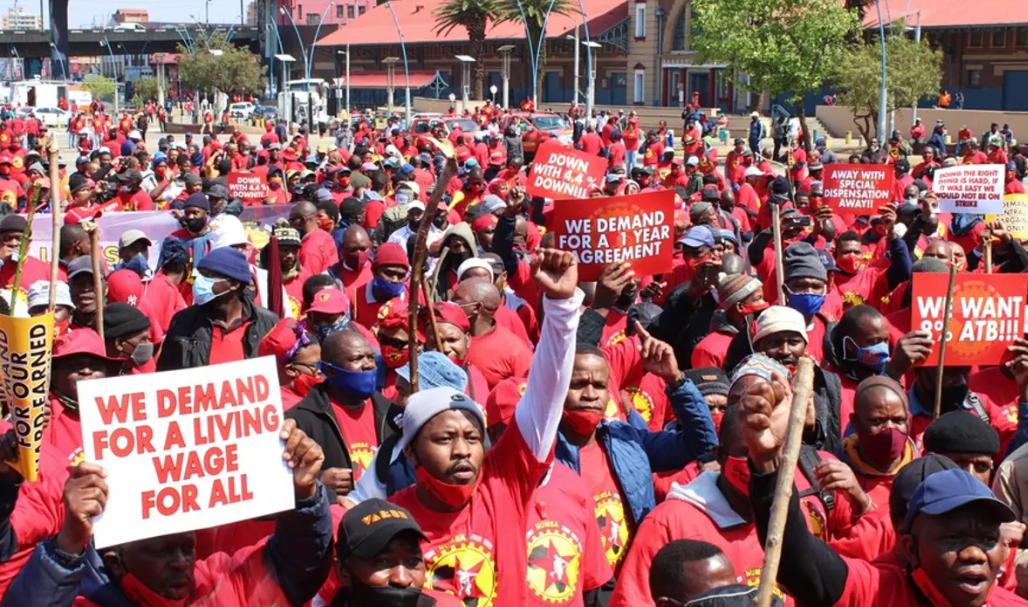 The dispute between the government and its employees piles pressure on President Cyril Ramaphosa, as he seeks re-election as leader of the ruling African National Congress (ANC) party.

Seven unions representing about 800,000 public servants, including those working in hospitals, schools and police stations are marching in eight of the country’s provinces. Last week, members promised to stage picket lines and demonstrations outside hospitals, ports and government offices in a “show of force”.

“With the rapidly increased cost of living, the government wants public servants to be at peace with less than inflation increases. This cannot stand,” the unions said in a joint statement last week.

Inflation in South Africa was at 7.5 percent in September, down from a peak of 7.8 percent in July.

Earlier this month, labour minister Thulas Nxesi said the government would unilaterally implement a 3 percent increase across the board an offer dismissed by workers’ representatives as “paltry”.

Last week, in an attempt to avert the strike, the government made a final offer of an effective 7.5 percent wage increase – comprising 3 percent pensionable and 4.5 percent non-pensionable funds. But in a joint statement on November 18, the unions called the news of the offer “misleading”.

Finance minister Enoch Godongwana said during his October mini-budget speech that the government could only afford an average wage increase of 3.3 percent.

Speaking to local channel eNCA news at a march in Pretoria on Tuesday, December Mavuso, the deputy secretary general for the National Education Health and Allied Workers Union (Nehawu), said the unions are open to negotiating “as long as workers receive inflation-related increase so that the value of their pay packets is not eroded by inflation”.

“Three percent is really next to nothing, so that’s why we want an improvement to the offer and the government must come back to the negotiations so that we settle this dispute properly,” Mavuso added.

He also said the unions do not believe the government cannot afford the increases. “There is money, we don’t believe that there is no money. But the neoliberal programme of austerity that is implemented by government is creating problems.”

The strikes take place on the eve of the governing ANC’s elective conference next month. Ramaphosa, who also faces accusations he attempted to cover up a multimillion-dollar cash theft at his farmhouse, seeks a second term at the helm of the ANC.