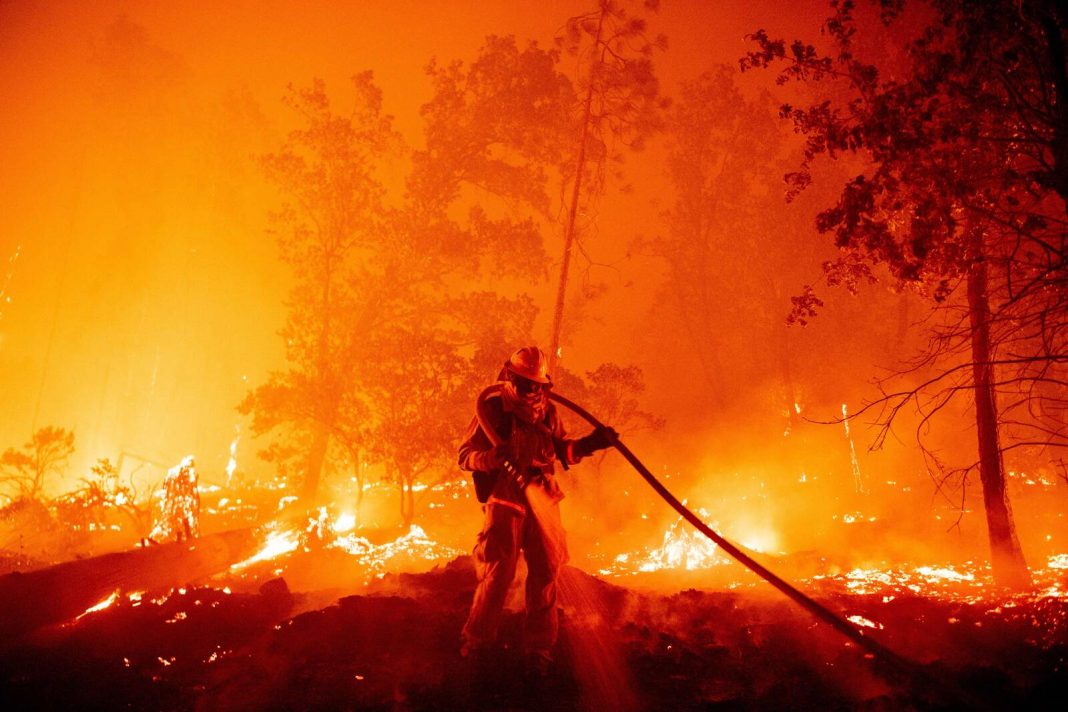 West News Wire: As a large wildfire threatens entire communities in the US state of Oregon and sends ash and smoke into the air, thousands of residents have been forced to leave their homes.

The Creek Fire is the most recent to occur in the western United States, where numerous fires have already charred more than 3,100 square kilometers (1,200 square miles) this summer across California, Idaho, Oregon, and Washington state.

The National Wildfire Coordinating Group reports that 1,200 firemen and other professionals are battling a fire east of Eugene, Oregon (NWCG).

Approximately twice the size of Washington, DC, the Creek Fire has spread to more than 35,000 hectares (86,734 acres) and is still burning as of Monday.

Steep terrain has complicated efforts to contain the blaze, and evacuations have been ordered for Lane and Deschutes counties. Authorities say more than 2,000 homes are at risk.

“They have been constructing firelines away from the active fire edge, along roads and trails, where they have a better chance of successfully stopping the fire,” NWCG said.

Extreme heat and withering drought have helped create a highly combustible risk of fire in the western US, which experts say has been worsened by climate change.

In Oregon, even for those not directly threatened by the flames, the fire has made its presence felt: smoke has enveloped the region, creating poor air quality and health risks.

According to NWCG, “smoke has created unhealthy air quality for communities east of the fire as well, including Bend”, a town known for access to outdoor tourism.

“Get out of here as fast as I can,” Herman Schimmel, who moved to the small town of Westfir only recently, told The Oregonian newspaper. “That’s all I was thinking about.”

Air quality alerts have been issued in Oregon, Washington state and Idaho due to wildfire smoke.

The Double Creek fire in a more remote area of Oregon has consumed nearly 63,000 hectares (155,000 acres) and is about 15 percent contained.

In California, a scorching heatwave last week strained the state’s power grid and contributed to fires throughout the state.

According to the state fire service Cal Fire, the Mosquito Fire in the Sierra Nevada Mountains is currently the largest fire. It has grown to more than 19,000 hectares (47,000 acres) and is 10% contained.

Cooler temperatures, according to Cal Fire, have aided firefighters, but strong winds are still stoking the fire and endangering hundreds of houses. Nearly 6,000 properties are under risk from the fire, and more than 11,000 people were required to evacuate.

The Fairview Fire, which has claimed two lives, is more than 50% contained and is located south of Los Angeles.

The California heatwave was followed by milder temperatures, but thunderstorms have increased the risk of flash floods. Following a mudslide that occurred on Sunday north of Los Angeles, more than 50 individuals had to be evacuated.