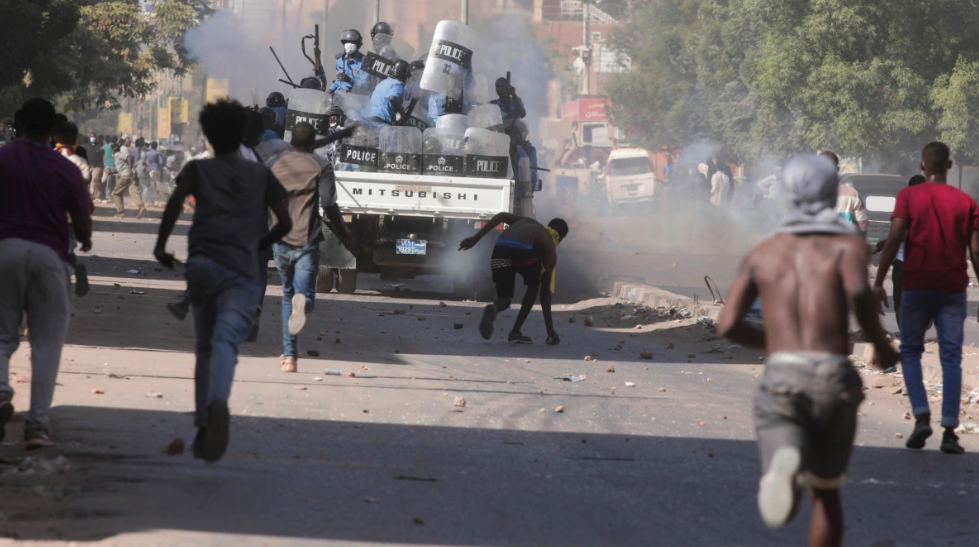 West News Wire: For the second time in two weeks, thousands gathered on Saturday to protest “intervention” by the UN mission in Sudan, according to an AFP journalist.

Following the coup led by army chief Abdel Fattah al-Burhan last year, the demonstrators have taken issue with UN efforts to arbitrate between the nation’s military and civilian officials.

The Sudanese Bar Association’s proposed transitional constitution, which calls for a civilian administration to lead the nation out of its current political turmoil, angered demonstrators on Saturday.

The National Congress Party, the organization led by former dictator Omar al-Bashir, would be prohibited from conducting business under the draft constitution.

Ahmed Abderrahman, a demonstrator, told AFP, “We protest against foreign involvement in our country.” We reject the secular constitution of the Sudanese Bar Association.”

He was surrounded by other protesters holding placards reading “No to foreign interference” and “Volker out”, in reference to the UN’s Khartoum envoy Volker Perthes.

Recent protests have also pitted who had backed Bashir prior to his ouster in 2019 against coup leader Burhan.

The army chief last week warned protestors to steer clear of the military, saying: “The army does not belong to any party.”

His warning came a week after some 3,000 persons staged a similar march in front of the UN headquarters.

It comes despite repeated accusations from civilian factions that the army was colluding with the protestors, pointing to the recent reappointment of some figures in positions of power.

Sudan has been mired in a political and economic crisis since last year’s coup. Security forces have cracked down on near-weekly protests, resulting in at least 119 deaths, according to pro-democracy medics.

Civilian leaders have refused to negotiate with the military until it commits to a timetable for full withdrawal from power.