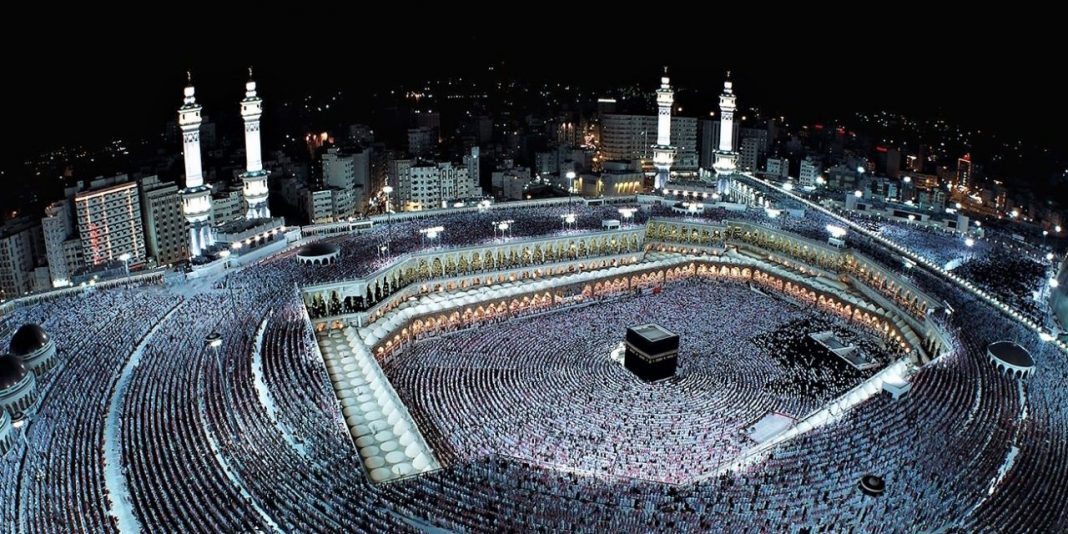 West News Wire: Although the Saudi authorities have stated that the reason for using electronic bracelets for pilgrims is to ensure the pilgrims safety during Hajj, but behind these bracelets, many facts remain unsaid.

After the two heartbreaking tragedies of the death of pilgrims in 2014, one in Mina, which killed more than 2,400 pilgrims, and the other, the fall of a crane in the area of the Grand Mosque in Mecca, which led to the death and injury of 346 pilgrims, and the inability of the Saudi organizers of the Hajj to identify the bodies of the dead, the Saudi government announced its decision to use electronic bracelets to identify the pilgrims.

But in all these years, the use of these bracelets has been the subject of debate and controversy in many Islamic gatherings, because contrary to what the Saudi officials claim, these bracelets only contain personal information and are not used for preventing pilgrims from getting lost, rather the story is something else.

There are chips inside the bracelets used by pilgrims that can track the location of the pilgrim by communicating with mobile phones through an application designed in them.

The chips used in these bracelets include the information such as name and surname, passport and visa number, blood group, etc. which provides the possibility of providing aid in critical moments for relief groups and the Red Cross.

One year after the initial use of these bracelets, the Saudi Hajj officials announced that they are planning to install GPS on them. The reason for this was stated to ensure the safety and welfare of the pilgrims as much as possible by the Saudis.

What the Saudi authorities are trying to hide is that these bracelets and the GPS system used in them are made by the US Department of Defense (Pentagon) and through them, they can easily access the information of millions of pilgrims from different countries of the world.

Moreover, there is information that shows that the chips used in these bracelets were produced by a Security company that has very close relations with the British spy services (MI6). The leading and controversial security companies of this country like “G4S”, has extensive activities in Saudi Arabia.

A few years ago, the G4S security company successfully won the tender for the organization of the Hajj rituals in Saudi Arabia by monitoring and inspecting systems and the transfer of 3 million pilgrims to Mecca.

Regarding the security activities of G4S, it should be noted that this company has close coordination with Israeli security and intelligence companies, also the Israeli espionage organizations in the field of monitoring Palestinian prisoners held by this regime.

In this regard, the “Atlantic Council” of the American Studies Center revealed in a report, new details of the participation of the Saudi regime and Israel in cyber security technologies.

This report emphasizes that in the security and intelligence cooperation of Saudi Arabia with Israeli companies is the use of spy software that allows the Saudi intelligence and security organizations to hack the phones of journalists, government officials and human rights activists in different countries, especially the Islamic figures and officials participating in Hajj rituals.

Fear of transferring pilgrims’ information and data to Israeli companies

Concluding what has been said so far, the problem of the Islamic countries using e-bracelets to ensure the security of pilgrims and their identification in emergency situations and unexpected events is not what worrisome, what is really worrisome are the manufacturing companies of these bracelets and their relationships and collaborations with notorious companies.

So, the unsaid story is here, when the manufacturer of the GPS system used in these bracelets is the US Department of Defense, that means, in addition to being able to easily access the data and personal information of millions of pilgrims and identify them, it can also easily transfer the information to the desired parties to take advantage of the information collected.

Let’s not forget two points, dignitaries and officials from many Islamic countries are also present and participating in the Hajj, and America is a country that has always proven throughout history that it prefers Israel’s security over its own.