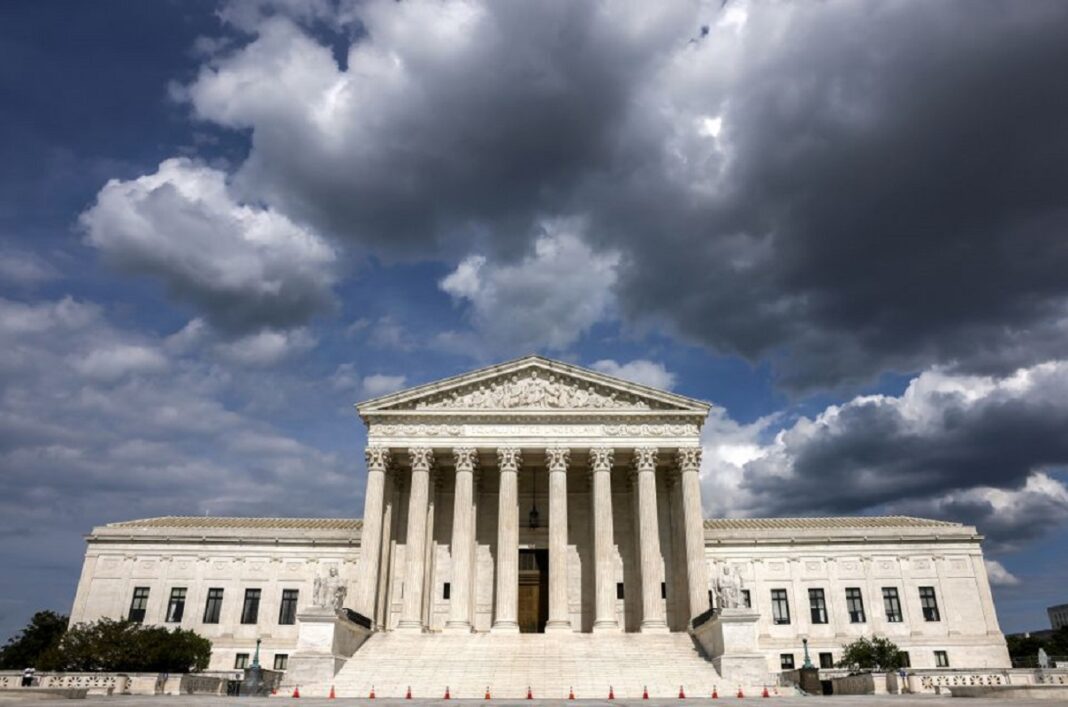 West News Wire: In recent months, the court’s message to the country has smelt of politics. Most notably, the court have repeatedly denied pleas to block a Texas abortion statute that directly contradicts women’s constitutional rights under the 1973 Roe v. Wade decision. The reconstituted conservative majority is poised to overturn New York gun control measures and mandate public funding for religious schools in Maine.

This moment has been developing for years, as the political confirmation process has resulted in justices with more firmly entrenched views and agendas. However, the abortion-rights debate has dramatically hastened the court’s right tilt. The political conditions, the threat to precedent, and the warnings from judges themselves are what make this moment so dangerous.

Former President Donald Trump vowed to appoint justices who would oppose abortion rights and overturn Roe v. Wade, and all three of his appointees appear to be working toward that goal with speed.

More than anything in recent years, the justices’ actions in abortion cases from Texas and Mississippi have belied Chief Justice John Roberts’ adage of 2018, in retort to Trump himself: “We do not have Obama judges or Trump judges, Bush judges or Clinton judges.”

While the Texas dispute has suspended abortion rights in that state, a pending Mississippi case would have nationwide ramifications. During oral arguments on December 1, a majority appeared ready to overturn the half-century old Roe v. Wade, which made abortion legal nationwide. The justices in 1973 said the 14th Amendment’s guarantee of privacy covers a woman’s right to terminate a pregnancy in the early stages.

The current situation recalls, and perhaps rivals, the Bush v. Gore controversy of 2000, when dissenting senior Justice John Paul Stevens lamented the loss of “the Nation’s confidence in the judge as an impartial guardian of the rule of law.”

Last week in the Texas abortion case, dissenting Chief Justice Roberts warned, “it is the role of the Supreme Court in our constitutional system that is at stake.”

The 2000 case resolving the disputed Florida presidential election results and ensuring then-Texas Governor George W. Bush won the White House over then-Vice President Al Gore shook the country. The legal issues were largely contained, despite the obvious national implications. The case was decided 5-4 along ideological, if not political lines.

Today’s disregard for precedent and the potential domino effect in other cases suggests a whole new era at America’s high court.

Justice Sonia Sotomayor regularly warns the country about the court’s direction. “This choice to shrink from Texas’ challenge to federal supremacy will have far-reaching repercussions,” she wrote last Friday. “I doubt the Court, let alone the country, is prepared to them.”

Roberts as naysayer, however, is new.

“The clear purpose and actual effect of S.B. 8 has been to nullify this Court’s rulings,” he said of the Texas abortion ban, adding, with language from an 1809 precedent, that if other states “annul the judgments of the courts of the United States, and destroy the rights acquired under those judgments, the constitution itself becomes a solemn mockery.” The separate case from Mississippi involves a ban on abortion after 15 weeks. While less restrictive than the Texas statute, it blatantly conflicts with the court’s abortion-rights decisions prohibiting states from interfering with a woman’s choice to end a pregnancy before a fetus reaches viability, that is, can live outside the womb, at about 23 weeks.