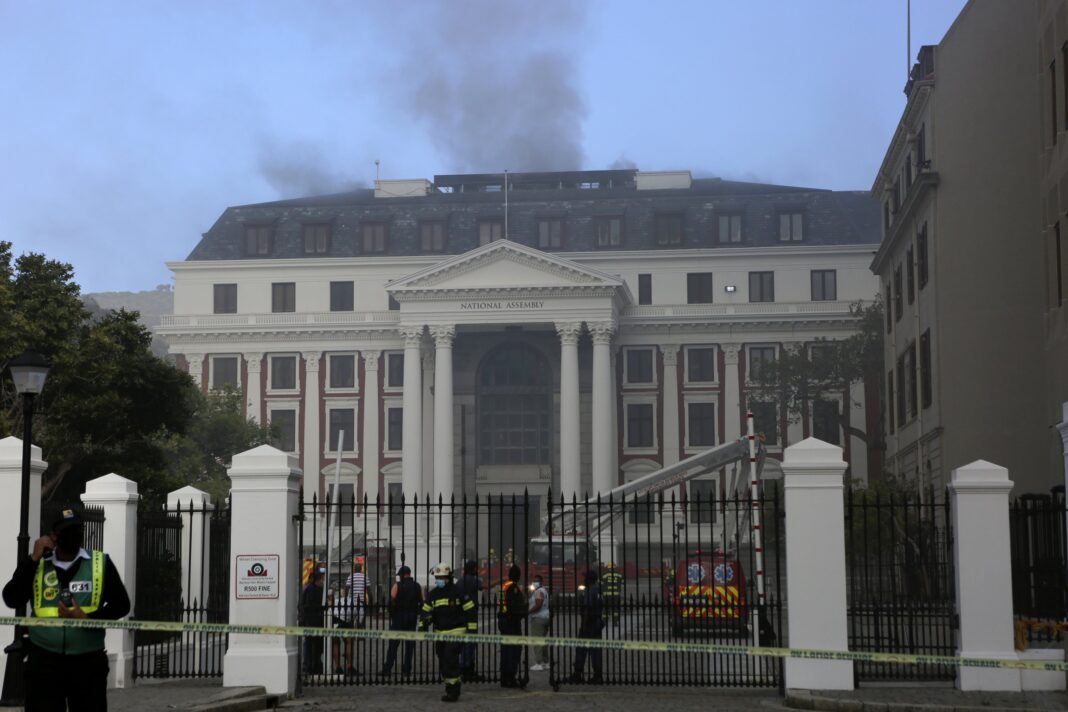 The building in the city’s center has a heavy plume of smoke and flames coming from it.

“The roof has caught fire, and the National Assembly building is now on fire,” a city fire and rescue representative told AFP, requesting reinforcements on the site.

“The fire is not under control, and there have been reports of cracks in the building’s walls,” he said early this morning.

The fire, which was reported by security personnel, caused no injuries.

The fire, which appears to be threatening the building’s roof, is being fought by more than 35 firemen.

The fire broke out in a former parliament building at around 03:00 GMT. In the early morning, flames and smoke were visible above the building with panicked Captonians sharing photos of the rising smoke on social media

It was in this huge Victorian building, with its red brick and white facade, that the last apartheid president, FW de Klerk, announced the end of the racist regime in February 1990.

The current “national assembly is safe for the time being,” former Cape Town mayor and current minister Patricia de Lille told reporters at the scene. Emergency crews are “monitoring the situation”, she said.

The streets of the upmarket district were quickly cordoned off. The security cordon stretched to the flowers still spread on the forecourt of nearby St George’s Cathedral, in tribute to anti-apartheid hero Desmond Tutu, whose funeral was held here the day before.

His ashes were buried in the church in a private ceremony that morning.

The city already suffered a major fire in April. A blaze on Table Mountain overlooking the coastal city spread and destroyed treasures in the library of the prestigious Cape Town University below.

Cape Town is the seat of Parliament, with the National Assembly and an upper house called the National Council of Provinces, while the government is based in Pretoria.