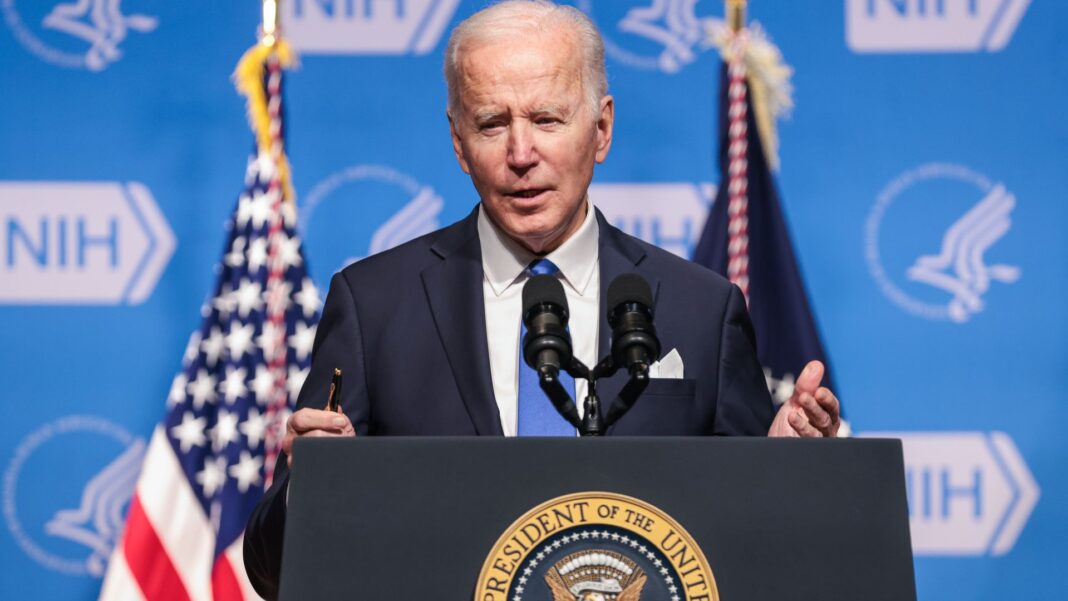 West News Wire: President Joe Biden’s Covid-19 vaccination or testing mandate for private enterprises with 100 or more employees was overturned by the Senate on Wednesday night.

While it is unlikely to become law since it is unlikely to gain a vote in the House and is very certain to be vetoed by Biden, the attempt underscores Congress’s broad resistance to the federal government’s vaccination requirement for major companies.

Sen. Mike Braun of Indiana spearheaded the initiative, which only required a simple majority of 51 votes to pass the chamber.

The final tally was 52 to 48. Senators Jon Tester of Montana and Joe Manchin of West Virginia were among the 50 Republicans who voted to abolish the requirement.

Biden back in September announced that he would be directing the Labor Department to require all businesses with 100 or more employees to mandate that their workers are either fully vaccinated or undergo weekly testing for Covid-19 and wear masks. The emergency rule was issued in November, prompting lawsuits from Republican-led states and private employers but also from liberal leaning unions.

A federal appeals court last month temporarily blocked the Biden administration’s vaccine rules, which had been planned to take effect on January 4. The multiple lawsuits against the mandate have since been consolidated and reassigned to a federal appeals court in Ohio, with many expecting the case to end up before the US Supreme Court.

Senate Republicans last month filed their challenge to Biden’s mandate under the Congressional Review Act, a legislative tool that allows Congress to roll back an executive branch rule.

Braun and other Senate Republicans have argued that the vaccine mandate is an overstep of authority by the federal government and puts further strain on already struggling businesses, while also insisting that vaccines are a personal choice.

Last week, as Congress faced a deadline to fund the government, a few Senate Republicans threatened to force a government shutdown unless they got a vote on an amendment that would prohibit the use of federal funding for Biden’s Covid-19 vaccine mandates. The amendment, however, ultimately failed in a 50-48 vote.

While he voted to extend government funding into February to avoid a shutdown, Manchin announced that he had signed on as a co-sponsor to the GOP resolution to overturn the vaccine requirement for businesses and “will strongly support” it.

“I have long said we should incentivize, not penalize, private employers whose responsibility it is to protect their employees from Covid-19,” the West Virginia Democrat said in a statement last week.

Manchin isn’t the only Democratic to express support for repealing the vaccine mandate.

Explaining his opposition to the vaccine requirement, Tester said he “repeatedly heard concerns from Montana’s small business and community leaders about the negative effect the private business vaccine mandate will have on their bottom lines and our state’s economy.”

“That’s why I intend to join a bipartisan majority of my colleagues in defending Montana jobs and small businesses against these burdensome regulations,” he said in a statement Tuesday.

Senate Minority Leader Mitch McConnell earlier told Fox News that the resolution will be voted on this week, and that he believes it has a “good chance” of passing the Senate.

Many companies, on the other hand, voluntarily implemented safety precautions to safeguard their employees and customers early in the Covid-19 outbreak, and are proceeding with Covid vaccination obligations regardless of whether the courts knock down or maintain the Biden administration’s restrictions.