wnw24
Home Uncategorized The French Cup match in Paris has been halted due to football... 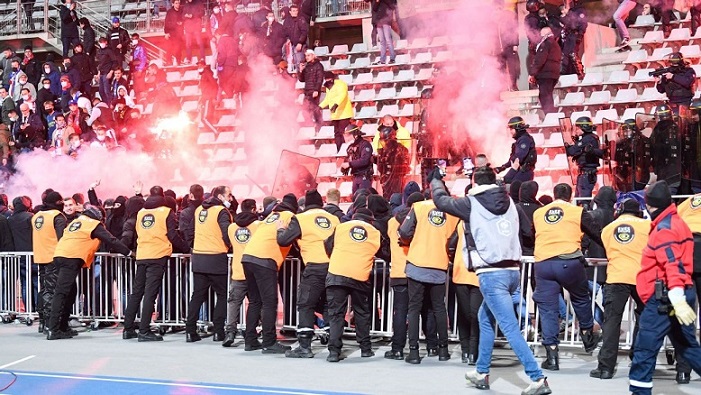 West News Wire: In France, football violence has occurred for the second time this season. The French Cup last-64 clash between Lyon and host Paris FC was called off after halftime on Friday due to crowd disturbance.

Flares were hurled back and forth between home and visiting supporters in one of the stands during the interval. Homemade fireworks also went off with a bang.

The incident in the stands at the Stade Charléty grew much worse as the second half began, with the score at 1-1.

Spectators ran onto the pitch as security personnel and police rushed towards the stand, halting the game.

The referee and players were obliged to return to the dressing room for the start of the second half.

After the involvement of the police and stewards, as well as the stadium announcer’s pleas for calm, the public returned to the stand ten minutes later.

After a delay, the stadium announcer told fans that “in agreement with the authorities the match will not be resumed.”

Shortly afterwards Lyon FC announced that their fan groups would not be allowed to attend away games until further notice.

The French season has been pockmarked by incidents involving fans since the beginning of the season in August.

Lyon have already been ordered to play two games behind closed doors and deducted a league point after their home game on November 21 was abandoned when Marseille’s Dimitri Payet was hit on the head by a bottle thrown from the crowd.

Marseille and Lyon were tied at 0-0 and the match is still to be replayed.