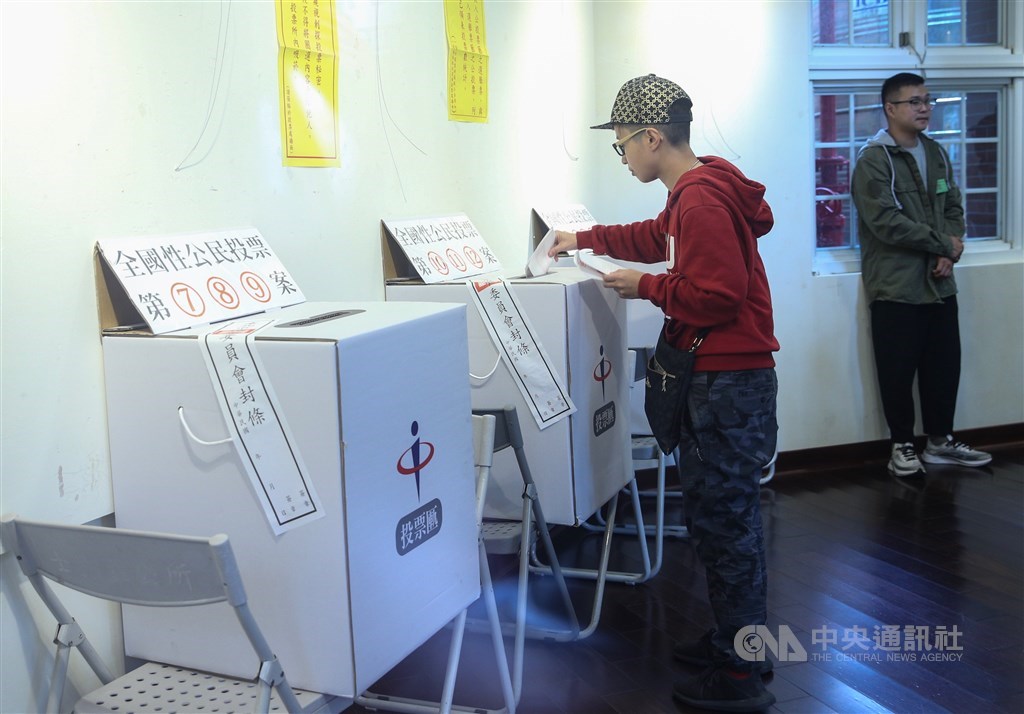 West News Wire: Referendums that, if passed, might have harmed Taiwan’s ties with crucial partner the United States as well as its energy security failed to pass on Saturday, dealing a severe blow to the opposition, which had presented the ballots as a show of no confidence in the administration.

The two most controversial and high-profile referendums on Saturday were on whether to ban imports of pork containing the leanness-enhancing ingredient ractopamine and on whether to relocate a proposed LNG station to safeguard a reef.

The government cleared the pork imports last year in the hopes of removing a stumbling hurdle for a free trade agreement with the US, where ractopamine – a popular feed additive used by US pig farmers – is extensively utilized – and demonstrating that it is a trusted partner.

Pork is a staple of Taiwanese cuisine and an important domestic product. About 90 percent of Taiwan’s pork is supplied by local farmers, who are part of the island’s powerful agricultural lobby.

The issue has triggered protests on the streets and in parliament.

Meanwhile, the government says the LNG terminal will secure the semi conductor-producing island’s energy supplies, and it would respite the project further offshore to minimize the effects on the reef. The vote sought a complete relocation.

Voters rejected the proposals, as the government had asked them to do, though turnout was low.

For a referendum to pass, at least 25 percent of the island’s roughly 20 million eligible voters need to vote in favour, or some five million votes.

In the end, about four million people voted “no” to the four questions, more than those who voted “yes”.

Read More
Jan 6 represented the greatest movement in US history

Eric Chu, chairman of Taiwan’s main opposition party the Kuomintang, or KMT, said the outcome was “not ideal” and offered his apologies.

Every two years, referendums are held, with the results being non-binding.

The elections occurred as China increased pressure on democratic Taiwan to embrace Beijing’s sovereignty claims, raising tensions between the two.

Last year, the KMT was beaten in presidential and legislative elections, unable to shake charges that it was too close to China from the ruling Democratic Progressive Party (DPP) and President Tsai Ing-wen.