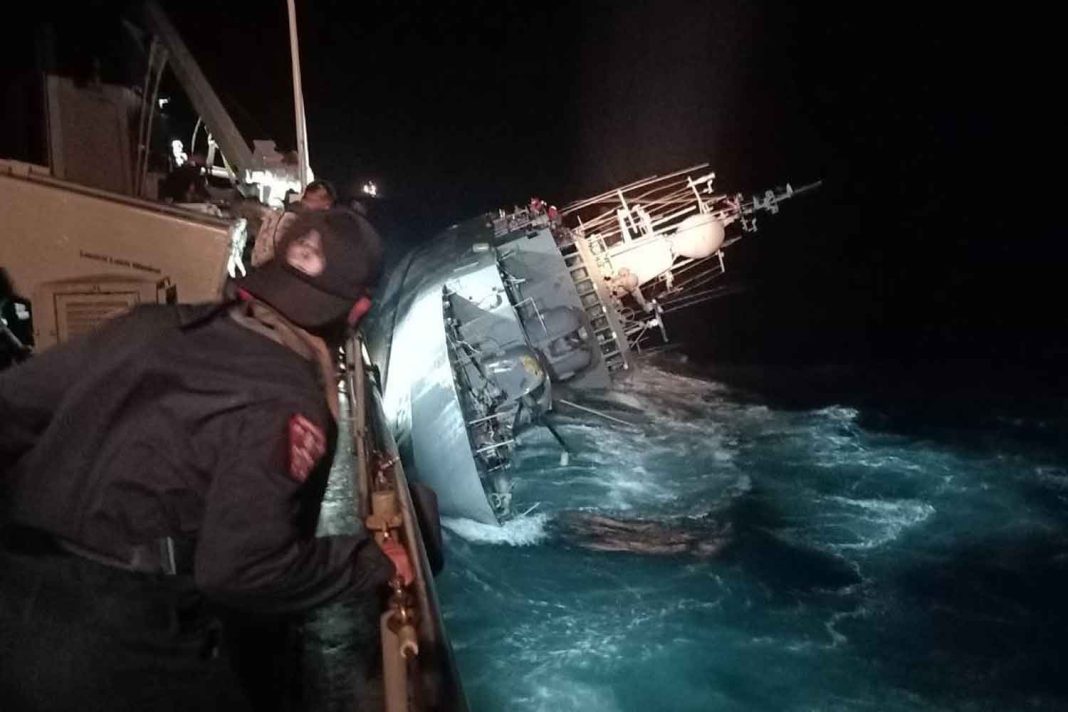 West News Wire: After a navy ship sank in the Gulf of Thailand during a storm, Thailand’s military sent ships, helicopters, and planes to search for the missing sailors.

According to the Royal Thai Navy, the HTMS Sukhothai was transporting 106 people when it went down late on Sunday night.

The military reported that as of Monday AM, 31 sailors were remained in the water and 75 had already been rescued. At least three of the survivors had “severe injuries,” according to a story in the Bangkok Post.

The HTMS Sukhothai tilted to one side after absorbing seawater after being struck by powerful waves, according to the Bangkok Post. A power outage also occurred on the corvette-class ship, which had been in service since 1987.

The Thai navy said it had dispatched three frigates and two helicopters with mobile pumping machines to assist the disabled ship by removing seawater, but the rescue efforts were unsuccessful due to strong winds.

A picture shared by the navy showed the grey vessel flipped over onto its side, while another image on a scanner screen showed the bow of the ship and a gun turret poking out above the waterline as it went down.

The 31 sailors still missing are all believed to be afloat in the stormy sea, wearing life jackets, the Bangkok Post reported.

The incident occurred while the warship was on patrol at sea 32km (20 miles) from the pier at Bangsaphan district in Prachuap Khiri Khan province.

While northern and central parts are seeing their coldest temperatures of the year, far southern Thailand has been experiencing storms and flooding in recent days.

Ships had been warned to stay ashore during the inclement weather.