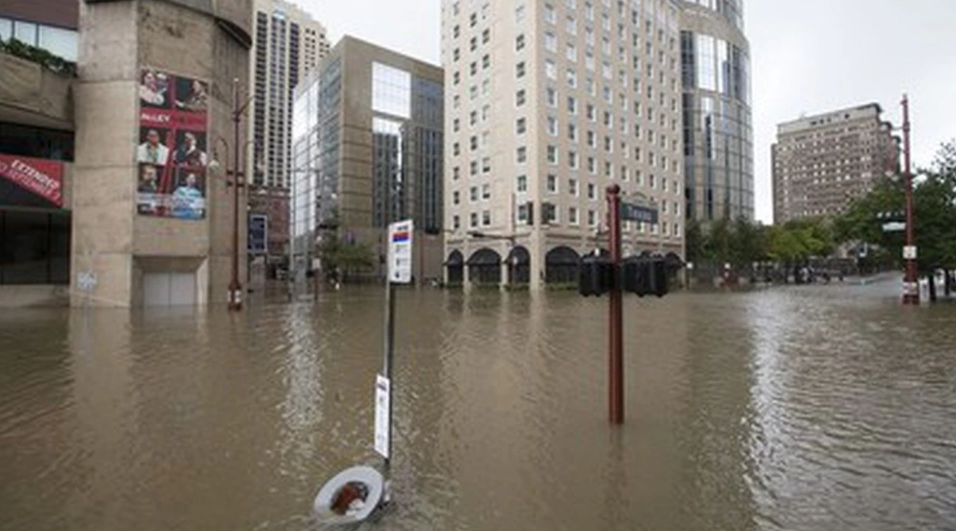 West News Wire: Mal Moses, a Houston homeowner, still has weathered and faded building permits tacked to his front door as a reminder of the challenges he encountered following Hurricane Harvey in 2017 in trying to get his mold-infested walls and leaky roof fixed.

However, Moses claimed that it has never been easy to live in Trinity-Houston Gardens, his neighborhood. As some of the first Black residents to settle in the area in the late 1960s, his family experienced racial taunts and abuse. He claimed that when white residents went, it appeared that resources like reliable trash collection and a functional drainage system also left.

Moses, 65, anticipated that he would not receive government assistance following Harvey. And he was unsurprised this year when federal officials found that the state had discriminated against minorities particularly Black residents, in how it distributed flood relief money from the hurricane.

“It was just another example (of discrimination) for me. I wasn’t shocked that it was being done because I experienced it firsthand growing up,” said Moses, who ultimately got help from local nonprofit West Street Recovery to repair his home.

Texas had faced a Friday deadline to enter into a voluntary agreement to address an investigation by the U.S. Department of Housing and Urban Development that in March found the state had violated the Civil Rights Act of 1964 by causing there “to be disproportionately less funding available to benefit minority residents than was available to benefit white residents” in how it distributed more than $2 billion to fund flood mitigation projects after Harvey. That deadline passed without any resolution to the dispute.

The Texas General Land Office, or GLO, which is in charge of distributing the funding, says its actions were not unlawful. In a letter sent Thursday to HUD Secretary Marcia Fudge, Republican Gov. Greg Abbott said he did not plan to force the GLO to enter into any agreement because HUD had not proven that the state agency had discriminated based on race or national origin.

“HUD should close this case without following through on the threats made in your letter, which would only slow funding for Texans who truly need disaster mitigation,” Abbott said.

HUD has threatened to refer the matter to the Justice Department for possible legal action.

“We are considering our options and have no further comment at this time,” HUD spokesman Michael Burns said in an email Friday.

The deadline passed amid the five-year anniversary of Harvey, which inundated the Houston area with torrential rain for days, flooding more than 150,000 homes and 300,000 vehicles. The storm, which first made landfall more than 200 miles (321 km) southwest of Houston near Corpus Christi on Aug. 25, 2017, killed 68 people and caused an estimated $125 billion in damage in Texas. Many residents still have not recovered.

In an April letter to HUD, the land office’s attorneys defended how the funds were awarded, saying of the 108 projects that received money, 59% served minority-majority populations and of the 1.5 million Texans benefiting from the projects, more than 1 million were Hispanic.

“HUD’s objections are politically motivated and are factually and legally baseless. GLO did not engage in discrimination,” the land office’s attorneys said.

Many Houston-area residents and officials were outraged when they learned the land office’s initial distribution of $1 billion didn’t include one cent for their hard-hit communities. Other cities with large minority populations also flooded by Harvey, including Beaumont, Corpus Christi and Port Arthur along the Texas Gulf Coast, also got no funding.

Where the money was spent is “so clearly not where the harm was done and where the risk is for future disasters,” said Ben Martin, research director for Texas Housers, an Austin-based nonprofit that joined Houston group Northeast Action Collective in filing the initial complaint with HUD.

After bipartisan criticism of the lack of funding for the Houston area, the land office awarded $750 million to Harris County, home to the nation’s fourth-largest city, but still nothing for Houston.

Houston Mayor Sylvester Turner on Wednesday urged HUD to enforce its ruling against the state, saying the federal agency’s integrity “is on the line.”

Moses, who is part of the Northeast Action Collective, said that after Harvey, he had to live in his home, full of mold and dust, while it was repaired and as he underwent treatment for lung cancer. During the two-year repair process, his mother, who shared the house with him and adored it, had to live elsewhere.

She died four days after she was finally able to return in 2020.

While his house is in fairly good shape now, Moses said many of his neighbors are still struggling to fully restore their homes or recover financially from repairs they paid for themselves. They also worry if enough has been done to protect them from the next storm.

“I’m just holding on, holding on and I’m hoping that the (federal) government steps in and makes sure the money gets appropriated correctly,” Moses said.