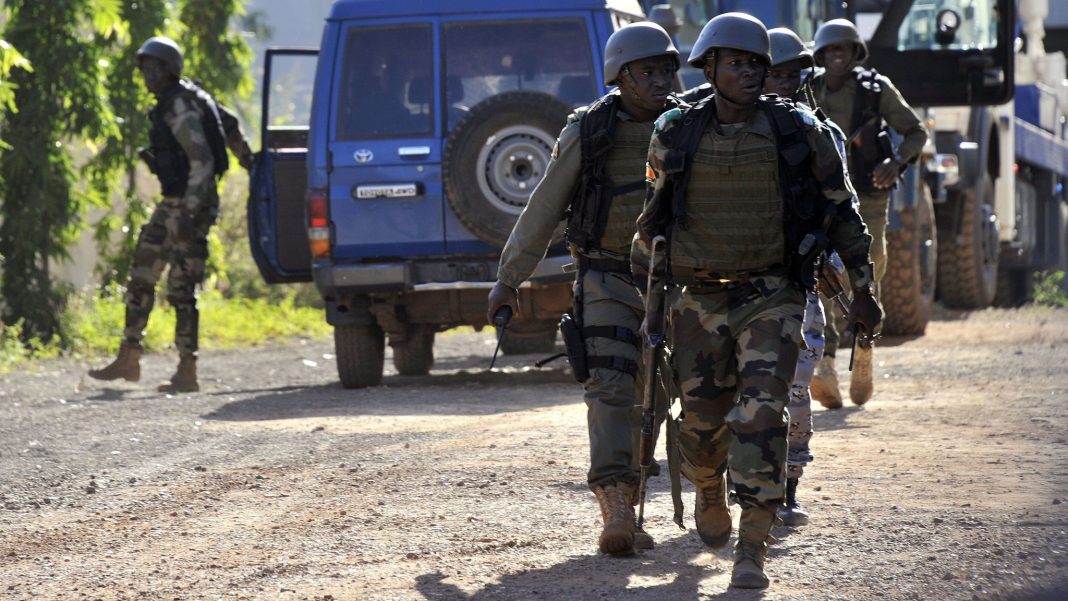 West News Wire: According to the authorities, at least 56 soldiers were killed and 33 others were injured in a terrorist attack on an army base in central Mali on Friday. At least seven troops are still missing as a result of the intricate attack in the rural commune of Mondoro, which included car bombs.

The military’s retaliation killed 70 “terrorists,” according to a statement released on Friday, without stating which armed organization was responsible.

In central Mali, al-Qaeda and ISIL (ISIS) affiliates are active.

The Mondoro base, located near Mali’s border with Burkina Faso, has been targeted by rebels fighting the Malian government and international forces in the past.

Mali has been facing an armed rebellion since al-Qaeda-linked terrorists seized its desert north in 2012, forcing former colonial power France to intervene to drive them back the following year.

The rebel fighters have since regrouped and seized vast swaths of the Malian countryside, while also expanding into Niger, Burkina Faso and other neighbouring countries.

Thousands of people have been killed and more than two million people displaced in the violence. Last year alone, armed groups carried out more than 800 deadly attacks.

France has maintained thousands of troops across the region since 2013, but announced last month that it would withdraw its forces from Mali after ties soured following Paris’s criticism of a military coup and Bamako’s refusal to restore civilian rule.

Paris has also protested against the use of Russian instructors, which the West says are Wagner mercenaries, in the country.