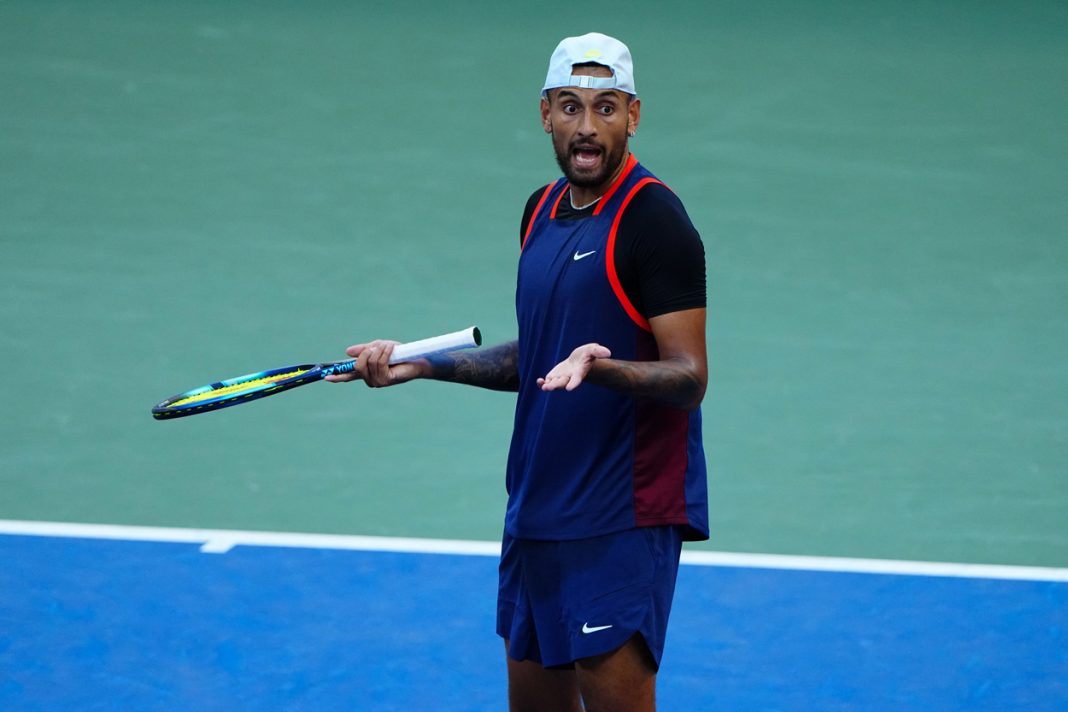 West News Wire: After Australian ace Nick Kyrgios complained to the match referee that he could smell marijuana during his second-round victory against Benjamin Bonzi on Wednesday, the US Open crowd was admonished to “refrain from smoking.”

In the second set, Kyrgios, 27, asked the umpire to step in, stating he had seen and smelled a fan smoking the narcotic.

You don’t even want to caution people against doing it?

It was marijuana, for real. I’m not going to whine about food, of course. Of course not,” the Australian replied.

“It’s probably not ideal when athletes are running side to side and they already have asthma,”

Umpire Jaume Campistol later issued a request to spectators at Louis Armstrong Stadium, urging them: “Ladies and gentlemen, as a courtesy to both players, please refrain yourselves from smoking around the court.”

Courtside cameramen and journalists said they could also detect the whiff of weed at Flushing Meadows.

The Australian was seen spitting on the court after suffering a break of serve in the third set, and unleashed a foul-mouthed rant at his box where his girlfriend, a friend and his physio were seated which earned him a code violation.

Despite the outburst Kyrgios continued his fine run of recent form which has arguably seen him play the best tennis of his career.

The Australian reached a maiden Grand Slam final at Wimbledon in July, losing in four sets to Novak Djokovic, and is considered a significant contender in New York.

Next up is a third-round meeting with America’s JJ Wolf on Friday, and beyond that a potential fourth-round blockbuster against Russian world number one and defending champion Daniil Medvedev a man whom Kyrgios defeated when they faced each other at the Canadian Open last month.