wnw24
Home Politics Teenager in Saudi Arabia will be hanged for cooking dinner for political... 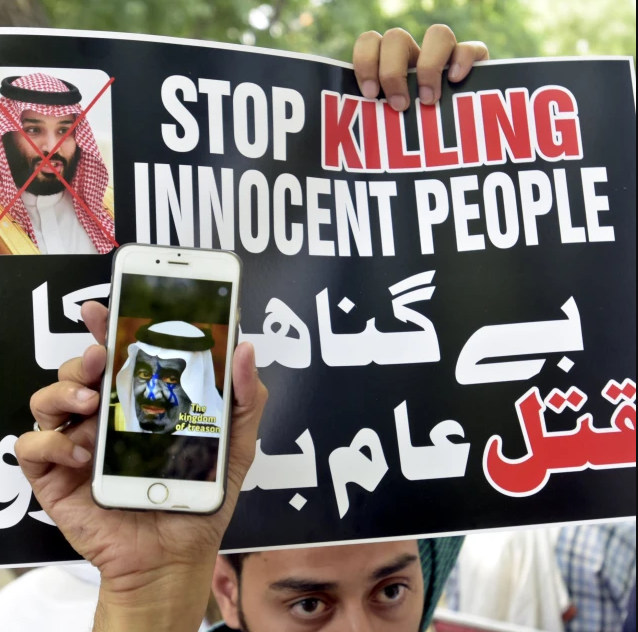 West News Wire: An international human rights organization reports that a Saudi court has sentenced a teenager to death over allegations that he gave a political rival sought after by the country’s security forces Iftar, the meal served at the end of the day during the holy Muslim fasting month of Ramadan.

Ahmed Al Daghaam was named as the youngster by the European Saudi Organization for Human Rights (ESOHR) in a message that was shared on its Twitter page on Sunday.

The activists have mounted a campaign under the Arabic hashtag “Stop the Slaughter” to demand abolition of death penalties handed down to the minors.

The activists pointed out that the General Prosecutor’s Office has sentenced Manasif, and at least five others, including a teenager named as Sajjad Al Yassin, to death for apostasy abandoning their Muslim faith, according to trial documents.

They went on to note that these six people have been under trial in Saudi Arabia’s Specialized Criminal Court (SCC) since September 2019.

Meanwhile, activities have warned that the fate of an imprisoned prominent Shia scholar from Saudi Arabia’s remains unknown, as the House of Saud is adamantly pressing ahead with a heavy-handed crackdown against members of the Shia community in the kingdom.

They said they had “no information” about the whereabouts of Hashim Muhammad al-Shakhs.

Back in December 2020, members of the General Intelligence Presidency cordoned off the area around the house of Shakhs in the city of al-Ahsa, before breaking in and arresting the cleric.

The sources added that the Saudi regime forces ransacked the house, terrorizing the entire family.

Since Crown Prince Mohammed bin Salman assumed the role of Saudi Arabia’s de facto ruler in 2017, the country has detained hundreds of activists, bloggers, academics, and other political dissidents. This is despite the fact that the crackdown has drawn criticism from throughout the world.

As long as the government of the monarchy continues to forbid freedom of expression, association, and belief, Muslim academics will be put to death and activists for women’s rights will be imprisoned and tortured.

Riyadh has also rewritten its anti-terrorism laws to specifically target activism over the past few years.