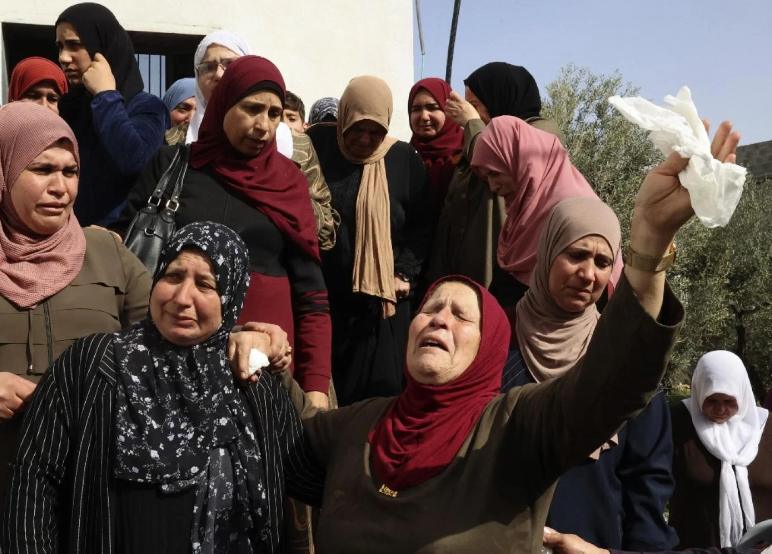 West News Wire: A 19-year-old Palestinian girl was shot and killed by the Israeli army in the West Bank town of Beitunia, which is close to Ramallah.

Sanaa al-Tal, the victim, was shot in the head by Israeli forces early on Monday during a raid on Beitunia, according to the Palestinian health ministry.

Another Palestinian, 26-year-old Anas Hassouneh, was shot in the incident, according to the official Palestinian news agency Wafa.

Al-Tal is from the settlement of al-Thahiriyeh in the southern part of the occupied West Bank, which is located south of Hebron. She was shot when she was in a car.

Local media began reporting on the event at 4 am (01:00 GMT), and her death was verified several hours later.

A witness told Wafa, that al-Tal and Hassouneh were in a vehicle driving up a road, unaware that Israeli forces had stationed themselves at several points until they were surprised by the army’s presence.

“When they tried to turn around, they found other soldiers opposite them who started shooting at them without any notice,” the witness, who lives in the area, said, adding that the car was shot at three times by soldiers stationed on different corners as it tried to get away.

The witness added that Israeli soldiers pulled Hassouneh, who was driving the car, out of the vehicle and that he was bleeding, while al-Tal died at the scene.

An Israeli army statement said soldiers spotted a “suspicious vehicle accelerating towards them during an operation by security forces”, according to Israeli media. The forces signalled for the vehicle to stop, but it accelerated towards them, after which they fired at the vehicle, the statement said.

Surveillance video shared widely on social media appeared to show the car slowly pulling up in the area before being shot at by soldiers stationed nearby. Al Jazeera could not independently verify the footage.

The Israeli army, Qurt said, handed over the woman’s body to Palestinian medics, who transferred her to Ramallah’s public hospital.

He noted that the army had detained three Palestinian men from Beitunia yesterday night.

“As an occupied Palestinian people, the Israeli army has the power to shoot and kill our youth even if they are only throwing rocks during confrontations. They also shoot at mere passersby or people in their cars,” he said.

The Palestinian ministry of foreign affairs on Monday called for “international measures to force the occupying state to stop its aggression against our people”, in response to the killing.

It said the “latest victim of this aggression was the girl who was martyred this morning in Beitunia”.

Israeli forces carry out raids and arrests across the occupied West Bank on a near-daily basis, as part of an attempt to crack down on armed groups operating in the Palestinian territory.

During such attacks, the army frequently fires live ammunition, frequently killing or injuring locals, including bystanders.

According to earlier assessments from the Office of the United Nations High Commissioner for Human Rights, Israeli troops “frequently deploy guns against Palestinians on mere suspicion or as a precaution, in breach of international standards.”