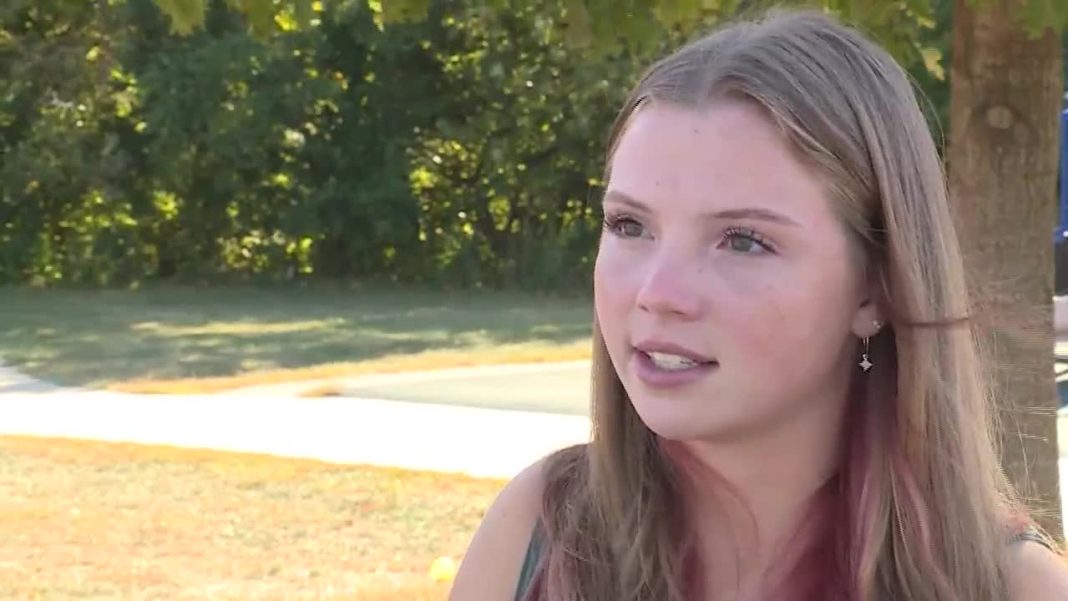 West News Wire: A Missouri sheriff’s office has recognized a 17-year-old girl for stopping at the site of a shooting to administer a tourniquet to a wounded police officer.

On October 1, while stopped in their car at an intersection, Ava Donegan and a friend were shopping in Excelsior Springs, according to the Clay County Sheriff’s Office.

Officer Andrew Stott of the Excelsior Springs Police Department was wounded in the arm and hand at that busy junction and reportedly raced to Donegan’s car for assistance.

When she stood up after ducking when she heard the gunshots, Stott was standing near her driver’s side door, according to Donegan, who spoke to news reporters.

She said her “instincts kicked in and I got out and helped.”

Stott pointed out where his tourniquet was, and Donegan applied it for him and helped him take off his outer vest, according to the sheriff’s office.

The injured officer also couldn’t hold his radio so the 17-year-old pressed the button for him so he could communicate with dispatch, the sheriff’s office said.

After Stott was attacked, another officer shot the 65-year-old suspected gunman, who died from his injuries, the sheriff’s office said.

The officer has undergone multiple surgeries and has not yet returned to duty, according to the sheriff’s office. Dull said Stott has a “long road of recovery ahead of him.”

The teen’s father, Devin Donegan, who teaches new nurses at a local hospital’s ICU, told news channels she showed his daughter how to use a tourniquet several years ago.

The 17-year-old keeps a first-aid kit and tourniquet in her car, so she said even if the officer didn’t have one, she was prepared.

“If you can know how to use one, or if you know how to put pressure on a wound to stop bleeding, you can save a life,” she said.

At a ceremony on Thursday evening, Clay County Sheriff Will Akin presented Ava Donegan with a certificate of recognition, while Excelsior Springs Mayor Sharon Powell offered her a scholarship.

“What an incredible thing you did without regard for your own safety,” the mayor said at the ceremony.

“Pretty amazing that she would get out to help,” the police chief told reporters.

Ava Donegan said the ceremony was “emotional,” adding, “I was very thankful for all the gratitude.”

The high school senior said she hopes to pursue a career in medicine, possibly physical therapy.