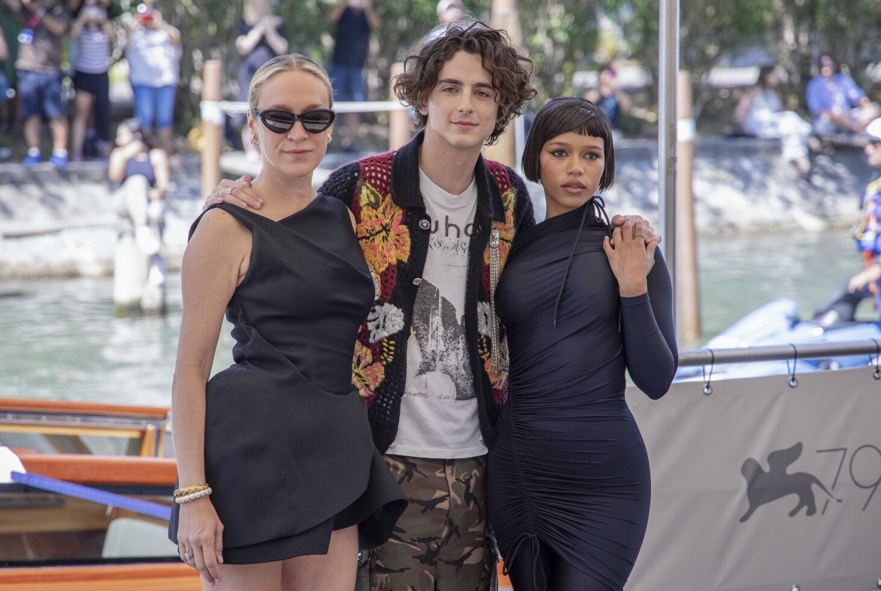 West News Wire: In the early stages of the pandemic, Timothée Chalamet felt cut off from the rest of the world. When “Call Me By Your Name” was being filmed, Chalamet viewed director Luca Guadagnino like a father figure. Then, Luca Guadagnino contacted with a new idea. It would be yet another 1980s-era teenage love story. However, they would be traveling to the American Midwest instead of Italy. They would also be cannibals.

The movie “Bones and All” has its international premiere at the Venice Film Festival on Friday night. It is one of the competitive films. Before the film’s debut, Chalamet and Guadagnino gathered with the actors to talk about it.

It’s a significant departure for the Italian director of films like “A Bigger Splash” and “I Am Love,” marking the first time Guadagnino has made an American film — something he’s wanted to do for some time. Then his longtime collaborator, screenwriter David Kajganich, came to him with an adaptation of Camille DeAngelis’ young adult novel and he saw in it an opportunity to make a film about identity and outcasts.

“I was dying to work with Luca again and tell a story that was grounded,” said Chalamet, who took a break from filming “Dune 2” to appear in Venice. Swarms of fans gathered around the docks of the Hotel Excelsior to get a glimpse of the star, who even stopped to pose for a few selfies.

In “Bones and All,” Chalamet did more than just act: He helped take his character Lee from an “alpha jock” to a “broken soul,” which he said was very attractive to him, and got a producing credit on the film as well.

“Luca is fatherly with me and guided me in that process this time,” he said. “I can’t say that I was helpful organizing schedules or anything like that. But it’s something I want to continue doing.”

Chalamet’s character is a supporting part to the film’s lead Maren, who is coming to terms with her unsavory urges. She’s played by “Waves” actor Taylor Russell, a newcomer to the Guadagnino family of regulars like Michael Stuhlbarg, as a creepy cannibal they meet on the road, and Chloë Sevigny.

“It’s Taylor’s movie, she does an incredible job carrying it,” Chalamet said.

The discussion of their characters, and the loneliness they feel in the world, led both to think about what it means to be young at the moment.

“Can’t imagine what it is to grow up with the onslaught of social media,” Chalamet said. “I think it’s tough to be alive now. I think societal collapse is in the air. It smells like it. And without being pretentious, I hope that’s why these movies matter, because the role of the artist is to shine a light on what’s going on.”

Russell added that, “It’s so scary. The hope is that you can find your own compass within all of it.”

The film also features a new score by Trent Reznor and Atticus Ross, whom Guadagnino challenged to “find the sound of a road trip” and “the sound of the American landscape.” And it’s full of 1980s music from Joy Division, New Order and even KISS, which were chosen from a box of cassette tapes that Kajganich found from when he was a teenager.

“The ones that either made me smile or cry made it in the script,” Kajganich said.

“Bones and All” opens in North American theaters on Nov. 23.