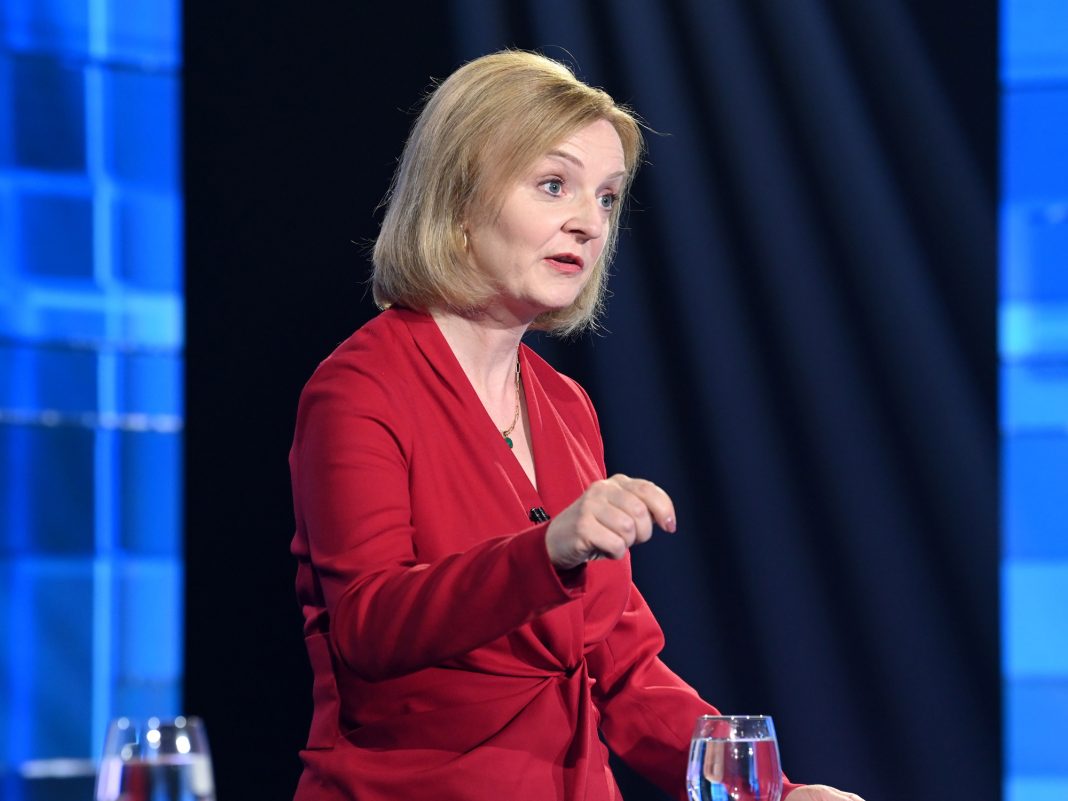 West News Wire: Despite the market volatility that has followed their announcement last week, Liz Truss has insisted that the tax cuts contained in the mini-budget remain the “correct strategy.”

The cuts will aid in boosting GDP over the long term, the prime minister claimed, adding that “urgent action” had been needed to expand the economy.

She continued, “I’m ready to do whatever it takes to make that happen.”

According to Labour, a “kamikaze budget” should be overturned in order to regain market confidence.

But in her first remarks to the public following the chancellor’s announcement of the income tax cuts, Ms. Truss indicated she was ready to make “controversial and tough decisions.”

She argued that “currency are under pressure around the world” in a series of heated conversations with local radio stations.

Later, during a series of TV interviews with the BBC’s nations and regions’ political editors, the prime minister was asked if she was saying: “Crisis, what crisis?”

“I’m not saying that at all,” she replied. “I think we’re in a very serious situation. It’s a global crisis which has been brought about by the aftermath of Covid and Putin’s war in Ukraine.”

During a visit to a business in Darlington, Chancellor Kwasi Kwarteng who has been widely criticised in recent days underlined the prime minister’s main message.

He said: “We are sticking to the growth plan and we are going to help people with energy bills. That’s my two top priorities.”

Asked if his mini-budget had been an economic disaster, he said growth was vital to “pay for the public services that we want to see”, adding that the measures he had set out had been “absolutely essential in resetting the debate”.

It has emerged that Kwarteng has messaged Conservative MPs seeking to reassure them about his economic strategy and to ask for their support.

In a WhatsApp message seen by the sources, he says the government is ”working at pace” to show the markets there is a ”clear plan” and says he has ”always valued colleagues’ time and ideas”.

The chancellor adds: “I understand your concern. We are one team and need to remain focused.

“The path we were on was unsustainable, we couldn’t simply continue to raise taxes. However I totally understand the need to be credible with markets. We will show markets our plan is sound, credible and will work to drive growth.”

Last week’s £45bn tax-cutting package, funded by more public borrowing, has sparked a fall in the pound and a surge in borrowing costs.

The market reaction has prompted the Bank of England to step in and buy £65bn of government debt to stop some pension funds collapsing.

Asked about the reaction to the cuts, Ms Truss said the UK had the highest tax burden in 70 years and cuts were needed to stave off an economic slump.

And questioned about the fairness of the measures, which includes scrapping the 45p income tax band for top earners, the prime minister replied: “It’s not fair to have a recession.”

She added there was “plenty of evidence” that reducing the tax burden would boost economic growth.

The cost of public borrowing edged higher after the PM said she would stick with her plan, with the interest paid on 10-year government debt rising.

The pound continues to flutter around $1.08, a recovery on recent days but still weak.

She added: “Her failure to answer questions about what will happen with people’s pensions and mortgages will leave families across the country facing huge worry.

“If the prime minister continues to prioritise saving her face over saving people’s homes, Tory MPs must join Labour in calling for Parliament to be recalled so this kamikaze budget can be reversed.”