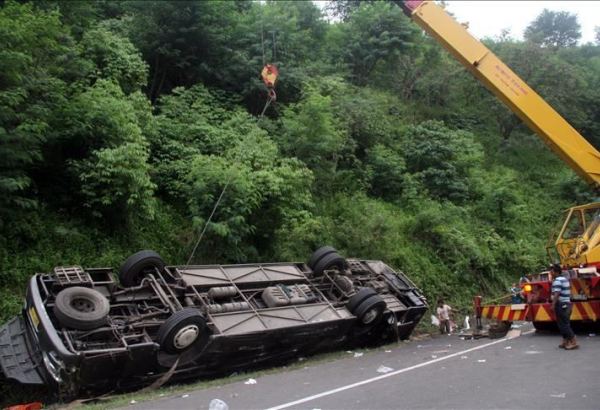 West News Wire: According to the presidency, at least 22 persons were killed when a bus collided with a truck in eastern Tanzania on Friday.

The tragedy also injured 37 persons, according to a statement released by the presidency on Saturday.

The tragedy happened near Melela Kibaoni, around 200 kilometres (120 miles) west of the coastal city and commercial hub Dar-es-Salaam, according to Fortunatus Muslim, the police chief of Morogoro’s eastern region.

He claimed the truck swerved out of its lane to pass a motorcycle.

“A truck driver was overtaking a motorbike on his way from the Dar-es-Salaam port to the Democratic Republic of Congo when the two vehicles collided head-on,” he claimed.

The bus was travelling in the other direction from the western city of Mbeya to the coastal city of Tanga, he added.

Tanzania has seen a spate of fatal traffic accidents.

On Monday, four people were killed in a coach accident outside the southwestern town of Tunduma, near the Zambian border, on its way to Dar-es-Salaam.

In May 2017, 35 people 32 of them schoolchildren were killed in a bus crash. The vehicle had been speeding.

Two years earlier, 42 people were killed in a collision between a coach and a truck.

Still worse was a 2006 accident that saw a 26-seater bus carrying 74 passengers veer off the road near the northern town of Arusha and plunge off a bridge into the river, killing 54 people.