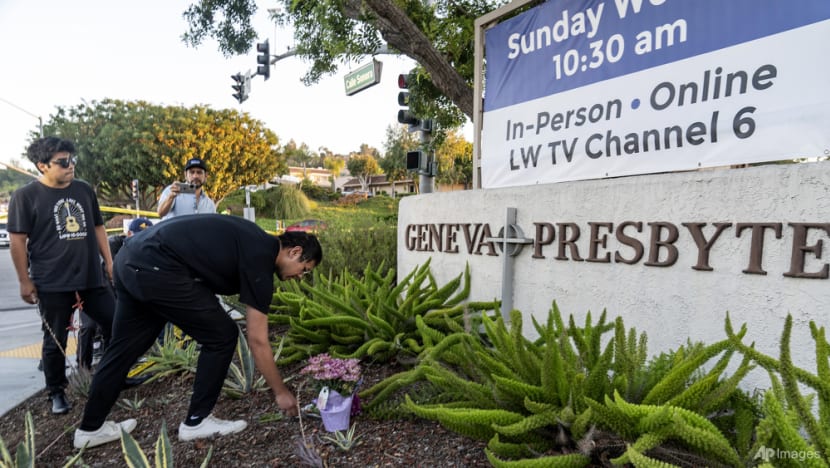 West News Wire: Residents of Taiwan have been horrified by a tragic shooting at a Taiwanese-American church in southern California, which authorities say was motivated by the gunman’s hatred for Taiwan.

Authorities have identified the suspected assailant as David Chou, a US citizen of Chinese ancestry who was motivated by “political tensions between China and Taiwan.”

Chou was charged with one crime of first-degree murder and five counts of attempted murder on Tuesday. Investigators discovered notes in the 68-year-car old’s revealing a fascination with Taiwan and a loathing of its residents, prompting the FBI to start a federal hate crime investigation.

Police did not elaborate further, but a neighbour told The Associated Press that Chou’s wife had divorced him and sold a small Las Vegas apartment building the couple owned before returning to Taiwan last year.

On Sunday afternoon, Chou opened fire at the Geneva Presbyterian Church in the city of Laguna Woods, killing 52-year-old physician John Cheng and wounding five more before he was subdued by congregants.

Taiwanese President Tsai Ing-wen on Tuesday expressed her “sincere condolences” to the family of Cheng, a Taiwanese-born American, adding on Twitter that “violence is never the answer”.

The killing was condemned by Taiwan’s two main political parties, the Democratic Progressive Party and the Kuomintang, as well as its unofficial ambassador to the US, Bi-khim Hsiao.

Hsiao said she was “shocked and saddened” by the events and wished for a speedy recovery for the victims.

But despite Chou’s alleged dislike for Taiwan and Taiwanese people, by contemporary measures, he was also Taiwanese himself, according to government media citing Taipei’s representative to Los Angeles.

Chou was born in Taiwan in the 1950s, and was probably brought up believing he was Chinese.

This identity would have been listed as such on his birth certificate issued by the Republic of China Taiwan’s formal name which is why the US law enforcement may have erroneously described him as “Chinese”.

It is unclear when Chou left Taiwan for the US and if he identifies as “Chinese” but it would not be unusual for diaspora of his background and generation. Taiwanese media referred to him as a “second-generation waishengren”, whose family would have fled the Communist takeover of China sometime between 1945 and 1949.

The Republic of China government began to consolidate its position in Taiwan when Japan, which had ruled the island as a colony for 50 years, was defeated at the end of World War Two.

Tensions bubbled to the surface on February 28, 1947 in the “228 massacre“, when nationalist troops fired on native Taiwanese protesters angry at government monopolies and mismanagement. Thousands were killed in the crackdown, and the massacre marked the start of 40 years under a brutally repressive system of martial law.