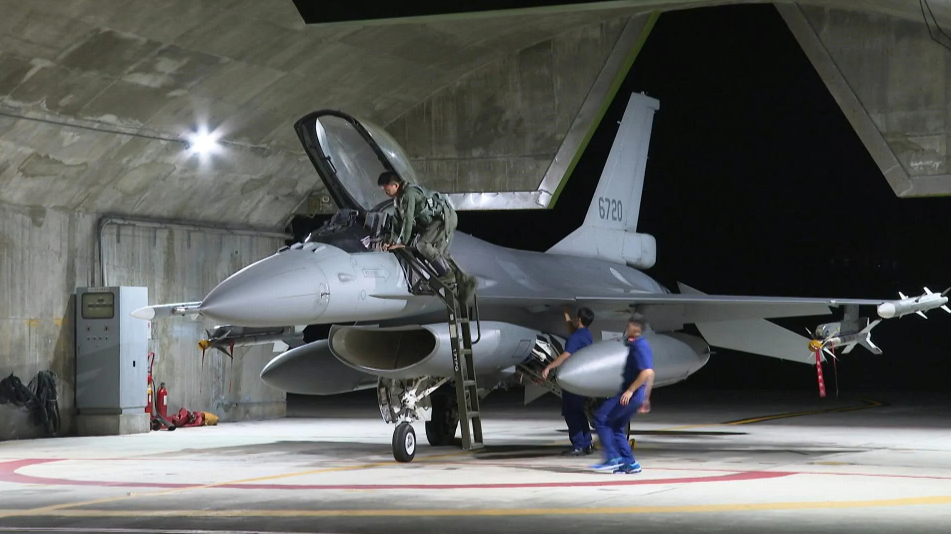 West News Wire: In response to China’s massive military exercises near the island, Taiwan showcased its most modern fighter plane, the missile-equipped F-16V, in a rare nighttime demonstration.

Following trips by US House Speaker Nancy Pelosi and a legislative delegation to the autonomous island, Chinese soldiers have conducted days-long military exercises in the Taiwan Strait.

In order to practice defense against a Chinese invasion, Taipei has conducted its own exercises. On Wednesday, air force personnel loaded an F-16V fighter with a US-made anti-ship missile at an airbase in eastern Hualien county as part of a “combat readiness” exercise.

Reporters watched as ground technicians displayed how they quickly upload weaponry, such as Harpoon anti-ship missiles from Boeing Co., onto F-16s.

Six F-16Vs later took off for night reconnaissance and training missions, including two armed with missiles, according to Taiwan’s air force.

“In the face of the threat from Chinese communist forces’ recent military exercises, we have stayed vigilant while establishing the concept of ‘battlefields everywhere and training anytime to ensure national security,” the air force said in a statement.

Defence ministry spokesperson Sun Li-fang said that while Taipei condemned China’s actions in recent days, the situation was a good chance for Taiwan’s forces to hone their skills.

“We will seize this opportunity to test all the training we normally do, and through this improve our current methods and raise our combat effectiveness,” he said.

Taiwan President Tsai Ing-wen has said the self-ruled island is not seeking to provoke or escalate tensions with Beijing.

Taiwan lives under constant threat of an invasion by China, which claims the democratically ruled island as part of its territory to be seized one day, by force if necessary.

Taipei has accused Beijing of using the trip by Pelosi the highest-ranking elected US official to visit in decades as an excuse to kick-start drills that would allow it to rehearse for an invasion.

Taiwan has been upgrading its ageing fleet of fighters in recent years, as fear of military action by Beijing has risen and as its air force is kept under constant pressure by more frequent Chinese incursions into the island’s air defence zone.

In November, the island deployed its first squadron of US-made F-16Vs an upgraded and much more sophisticated version of its other F-16 fighters, which date back to the 1990s.

The F-16V deal was approved by the administration of then US President Donald Trump as he feuded with China on a host of issues, but his successor Joe Biden has maintained similar support for Taipei.

The Hualien airbase, which has hangers cut out of the side of a mountain, has two pilots on duty at any one time sitting in their flight suits and able to be in the air within six minutes.