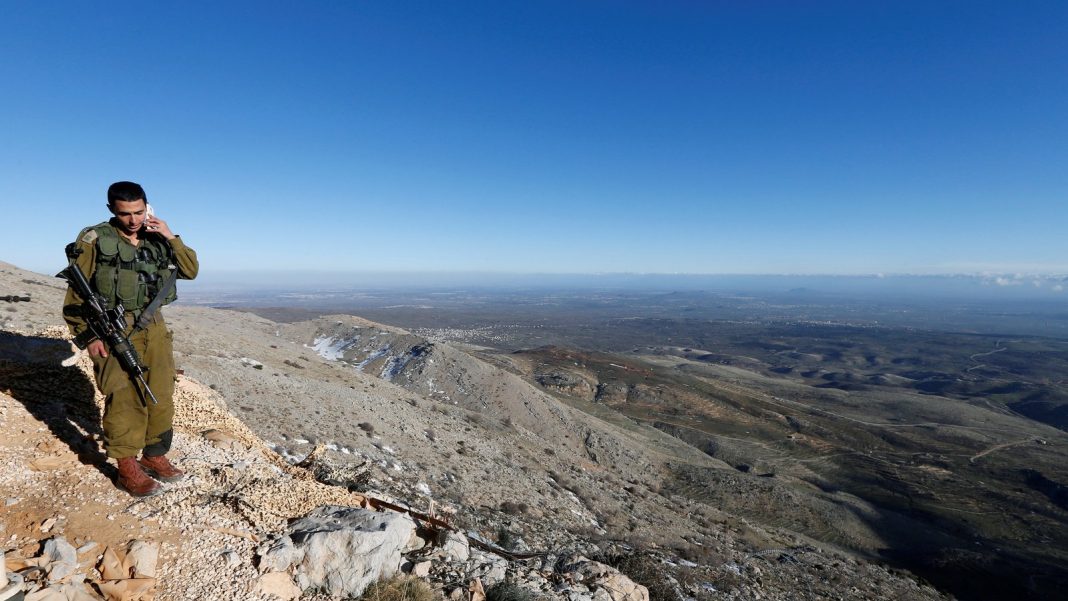 West News Wire: Last May, US Secretary of State Antony Blinken told the United Nations Security Council that when powerful states disobey international law, “it conveys the message that others can ignore those laws with impunity.”

The United States declared the Golan Heights to be Israel’s territory on Friday, a decision that experts said was a clear violation of international law. This year, it coincides with Washington’s promotion of “territorial integrity” as a response to Russia’s invasion of Ukraine.

“Annexation is illegal under international law period,” said Jonathan Kuttab, a Palestinian-American lawyer, stressing the prohibition on the acquisition of land by force is at the core of the post-World War II international system.

Kuttab, who specializes in international law, called on the Biden administration to immediately reverse US recognition of Israel’s annexation of the Syrian territory if it wants to be consistent in its criticism of Russia’s conduct in Ukraine.

“They have to be clear that the world today cannot allow annexation to be permitted,” he told reporters.

Since coming into office in January of last year, President Joe Biden and his top aides have avoided publicly endorsing Trump’s recognition of “Israeli sovereignty” over the Golan Heights, but they have quietly kept the policy in place.

Israel captured the Golan in the 1967 Middle East war and formally annexed the territory in 1981, prompting the UN Security Council to unanimously pass a resolution condemning the move and reasserting the inadmissibility of the acquisition of territory by force.

“The Israeli decision to impose its laws, jurisdiction and administration in the occupied Syrian Golan Heights is null and void and without international legal effect,” the resolution said.

Until Trump’s decision to recognize the territory as Israel’s, no other country in the world had accepted Israeli claims to the Golan Heights.

After a media report claimed in June that the Biden administration was undoing Trump’s decision, Washington explicitly said the US’s position on the territory is still the same. “US policy regarding the Golan has not changed, and reports to the contrary are false,” the Department of State’s Bureau of Near Eastern Affairs tweeted at that time.

Weeks earlier, Linda Thomas-Greenfield, the US ambassador to the UN, also had told a congressional panel the administration has not changed its position.