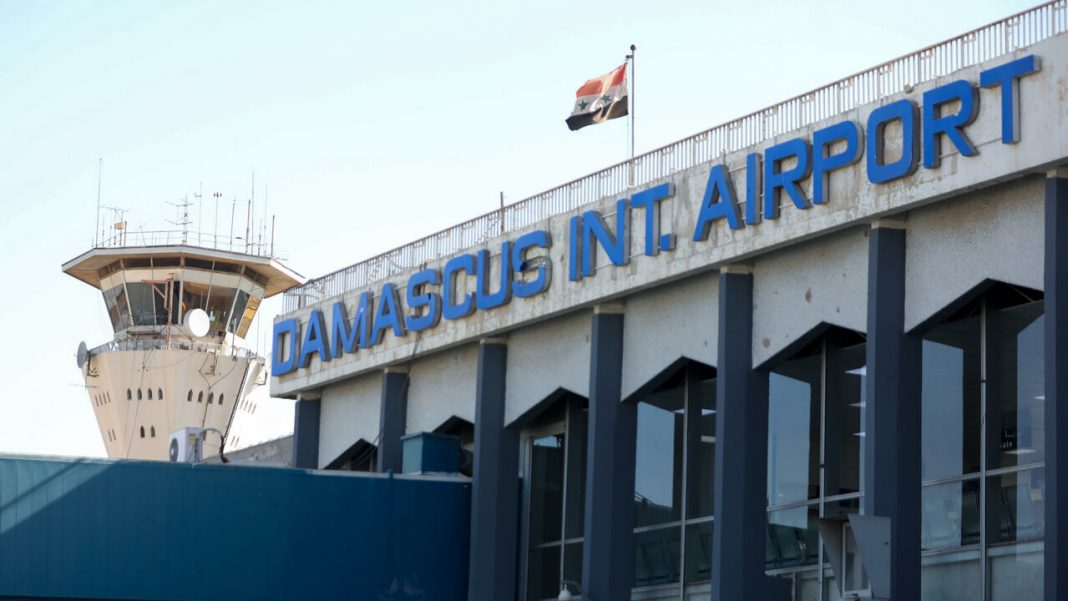 West News Wire: Syria has halted all flights into and out of Damascus International Airport after an Israeli airstrike hit an area near the airport on Friday.

Syrian air defenses intercepted Israeli missiles fired at targets south of Damascus for the second time this week early on Friday, bringing down the majority of them.

According to Syria’s official news agency, SANA, Israeli warplanes fired several missiles from the occupied Golan Heights at some targets south of Damascus at around 4:20 a.m. local time (0120 GMT) Friday, but Syrian air defenses shot down the majority of them.

According to the source, the strike resulted in one civilian injury and some material damage.

The development came days after Israeli warplanes fired a number of missiles at areas in the southern countryside of Damascus.

The air raid on Monday was carried out from the direction of the occupied Syrian Golan, targeting some points south of the city of Damascus, SANA cited an unnamed military source saying at the time, adding that the Syrian air defenses intercepted the projectiles and shot down most of them.

Last month, Syria urged the United Nations to issue a “clear” condemnation of the Israeli regime’s relentless airstrikes on the Arab country’s territory.

In a letter to the UN Secretary-General and the president of the UN Security Council, the Ministry of Foreign Affairs and Expatriates said the country hoped the two bodies would “adopt a clear position on the Israeli attacks on Syrian sovereignty”.

Such unequivocal position, the letter added, should be “away from politicized considerations and calculations that contradict the well-established and clear legal and political positions of the United Nations and its bodies.”

The ministry also urged the UN to demand that the aggressor abides by the relevant Security Council resolutions and to immediately and unconditionally stop threatening regional and international peace and security.

Syria has been in the grip of foreign-backed militancy since March 2011. The Syrian government says the Israeli regime and its Western and regional allies aid Takfiri terrorist groups that continue to wreak havoc in the country.

Israel frequently targets military positions inside Syria, especially those of the Lebanese resistance movement Hezbollah which has played a key role in helping the Syrian army in its fight against foreign-backed terrorists.

The Tel Aviv regime rarely comments on its cowardly attacks on Syrian territories, which many see as a knee-jerk reaction to the Syrian government’s phenomenal success in confronting and decimating terrorism.

Israel has been the principal supporter of terrorist groups that oppose the democratically elected government of President Bashar al-Assad since the foreign-backed militancy erupted in Syria.