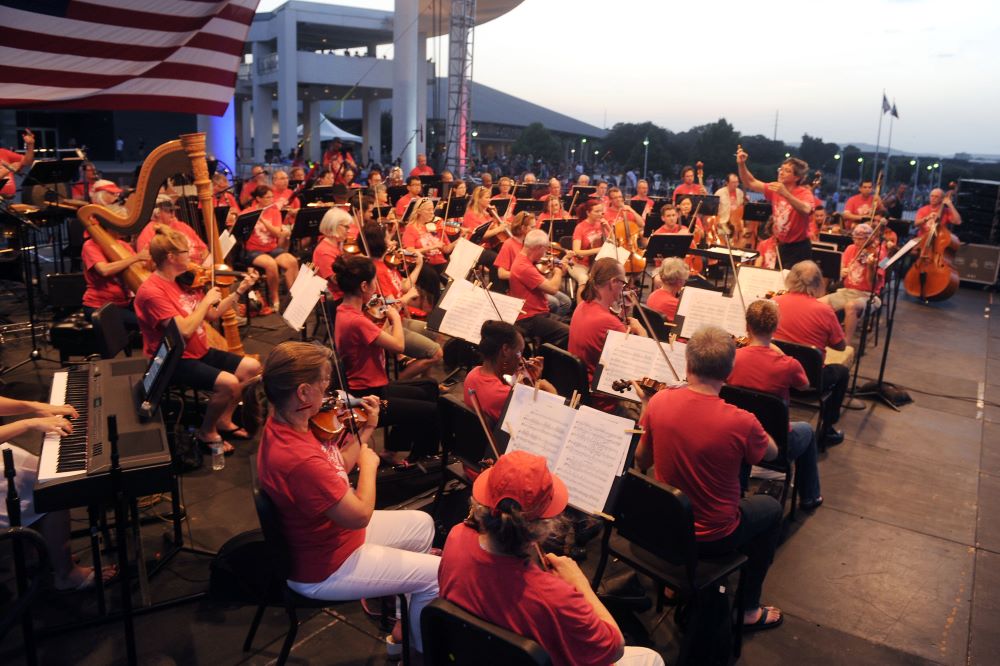 West News Wire: The Austin Symphony has had to cancel three of its last five Hartman Foundation Concerts in the Park outdoor series due to the city’s extreme heat for the first time in its 20-year history.

Parts of Texas continue to experience above-average warmth, resulting in record-breaking high temperatures in July, after the state already experienced its warmest April to June period on record.

“I’ve been here in Austin for 25 years, and I’ve never experienced what we’re experiencing this summer,” Peter Bay, conductor and director of the Austin Symphony, told a news channel in an interview.

From June to August, the concert draws a crowd of about 500 people to the lawn outside the symphony’s concert hall on Sundays at 7:30 p.m.  During the concerts, people bring picnic baskets and their dogs, while children run around.

But musicians can’t play shows if temperatures reach 95 degrees or more. In the case of the Sunday shows that the symphony had to cancel this year, temperatures during the day were in the low 100s, and were well over 95 degrees by concert time, according to Bay.

Bay said the heat could cause damage to the instruments and would make it very difficult to play in tune.

The wood in a lot of the clarinets and bassoons could also crack and the heat would also affect brass instruments, making them play on the sharp side, Bay said.

June was ranked fifth warmest on record for Texas as a whole while several locations across the state ranked June as the hottest month ever, including San Antonio.

San Antonio hit their hottest July temperature earlier this week hitting 107 degrees – tying with the record that was set just two years ago in 2020. So far in the month of July, San Antonio has hit 100 degrees every single day and is on track to rank second for most consecutive 100 degree days on record if it hits 100 on Thursday. The current record is 21 days.

The symphony’s CEO, David Pratt, told reporters in past years, only one or two shows would be canceled because of the heat, making this year “usual.” Pratt said the symphony monitors the weather and makes decisions on whether they will cancel shows on Saturday or Sunday morning.