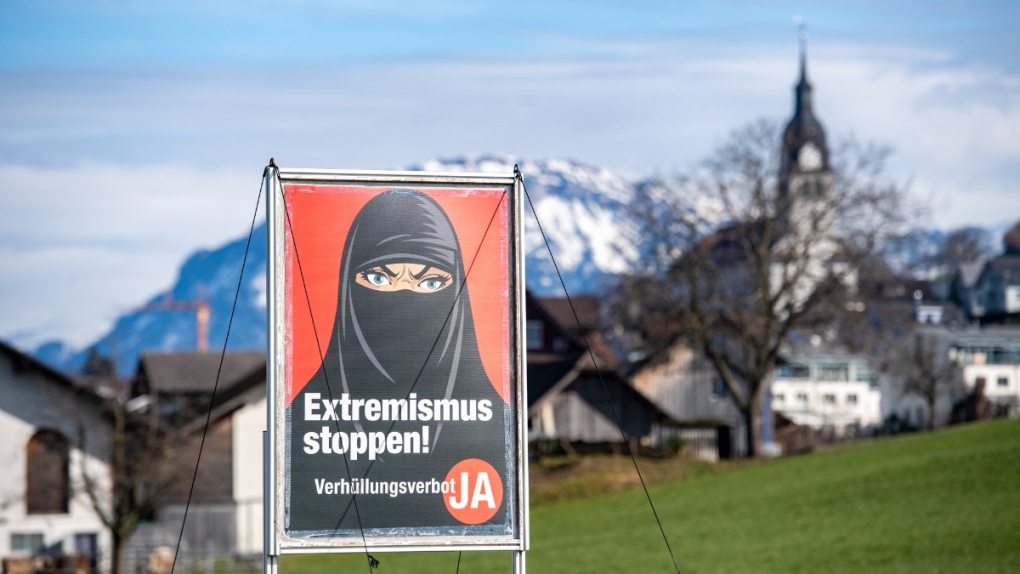 West News Wire: The Swiss government has submitted a draft law to the parliament that would impose a $1,000 punishment on anybody who violate the country’s ban on face coverings.

Following the vote in the referendum to forbid facial coverings last year, the draft law was issued on Wednesday. 51.2 percent of voters approved the proposed ban, popularly referred to as the “burqa ban,” however it was criticized at the time for being Islamophobic and misogynistic.

Following discussions, the cabinet softened demands to include the prohibition in the criminal code and impose fines of up to 10,000 Swiss francs ($10,000) on offenders.

“The face-covering prohibition is intended to maintain law and order in the community. The priority is not punishment, it stated in a statement.

The initiative to ban facial coverings was launched by the Egerkinger Komitee, a group including politicians of the right-wing Swiss People’s Party, which says it organises “resistance against the claims to power of political Islam in Switzerland”.

The bill does not name burqas or niqabs, but prohibits people from concealing their faces in public spaces like public transportation, restaurants or walking in the street, specifying that the eyes, nose and mouth must be visible.

For example, a Muslim woman may wear a hijab covering her hair, but cannot wear a niqab, a garment which only shows the eyes, or a burqa, a full-body veil that covers the face as well. They are allowed in places of worship.

There are other exceptions to the law which include face coverings for reasons of security, climate, or health, meaning people are allowed to wear masks to protect against COVID-19.

“Anchoring dress codes in the constitution is not a liberation struggle for women but a step back into the past,” the Federation of Islamic Organisations in Switzerland said, adding Swiss values of neutrality, tolerance and peacemaking had suffered in the debate.

Muslims make up 5 percent of the Swiss population of 8.6 million people, most with roots in Turkey, Bosnia and Herzegovina and Kosovo.

According to estimates by the University of Lucerne, only about 30 women wear the niqab in the country.

Switzerland is one of the five countries where face coverings are banned. France banned the wearing of a full-face veil in public in 2011, while Denmark, Austria, the Netherlands and Bulgaria have full or partial bans on face coverings in public.

Amnesty International has called the face veil ban “a dangerous policy that violates women’s rights, including freedom of expression and religion”.