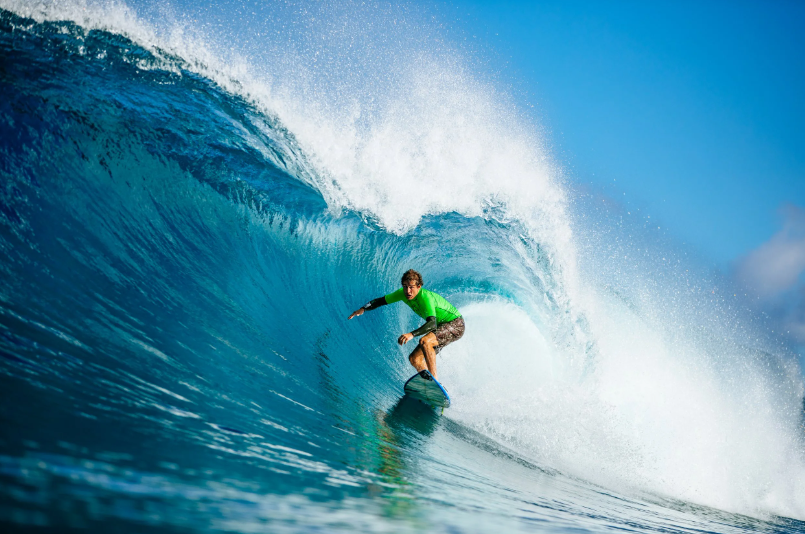 West News Wire: Former junior world champion surfer Kalani David passed away after having a seizure while practicing in Costa Rica on Saturday, according to friends and officials. David was 24 years old and went by the name Kalani David Feeney Barrientos.

The Associated Press was informed by Costa Rica’s official investigating department, the Organismo de Investigación Judicial, that David was killed while surfing at Playa Hermosa in the small town of Jacó on the country’s Pacific coast.

They sent a message to The Associated Press stating, “He was surfing when he reportedly suffered some kind of epileptic seizure and drowned.” “The death is still being looked into,”

Wolff-Parkinson-White syndrome, a heart disorder that can result in erratic heartbeat, paralysis, and seizures, was the source of David’s diagnosis.

David was born in Hawaii to a Costa Rican mother. He also competed as a skateboarder.

Back in 2012, while competing in the Under-16 category, David won the Junior World Surfing championship that was held in Panama.

As news of his death circulated, friends and colleagues paid tribute to David on social media.

“Love you Kalani,” filmmaker Peter King wrote in a post on Instagram,”Only God knows His timing. Life isn’t easy. Always battling. Always learning. Heartbreaking news. Kalani passed away in Costa Rica (Saturday), he had a massive seizure while surfing. He had reconnected with family there and was having such a great time. I’ll always remember your stoke when we’d shoot skate n surf and how much hope you had for (your) future. God bless the family and extended family that were always there for you.”