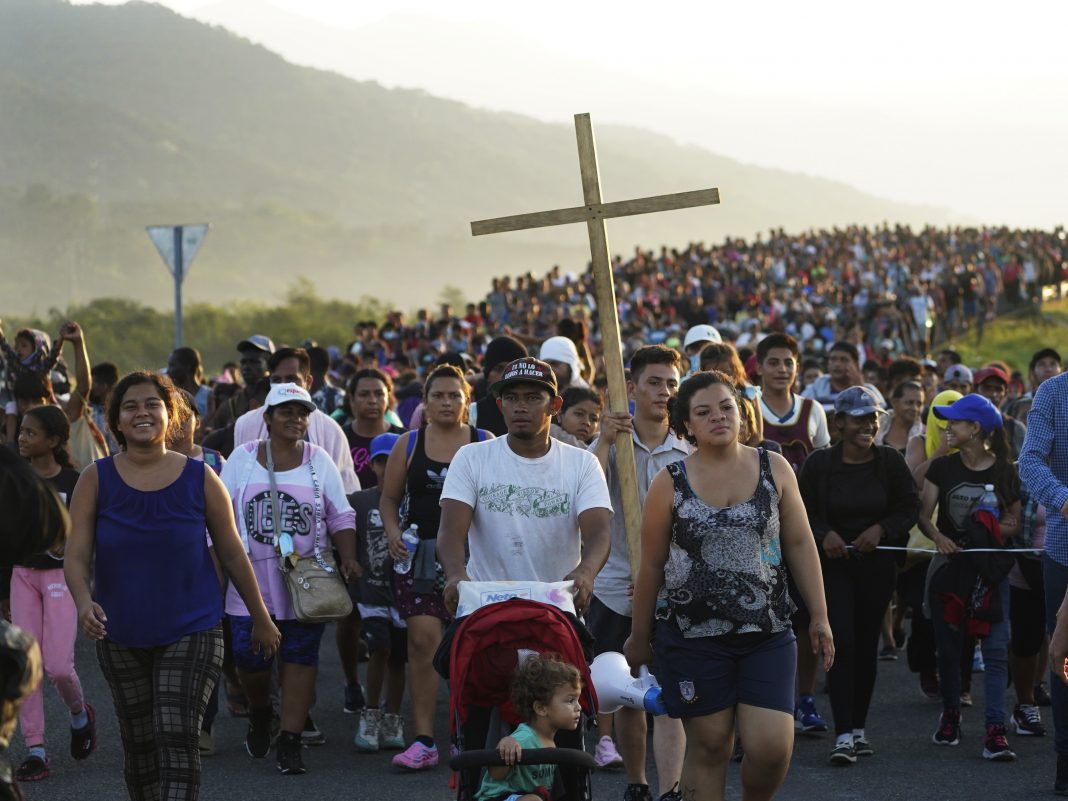 Remain in Mexico, according to immigration activists such as the American Immigration Council, is a risky scheme that puts thousands of asylum applicants seeking humanitarian relief in jeopardy.

Following the policy’s implementation in January 2019, tens of thousands of asylum seekers were forced to stay in filthy tent encampments for immigration hearings to determine their status.

There have been widespread reports of sexual assault, kidnapping, and torture.

Soon after taking office, President Joe Biden sought to rescind the program. Texas and Missouri sued, arguing that the attempted repeal was illegal and that the number of migrants trying to enter the US skyrocketed as a result.

The lower federal courts agreed and blocked the Biden administration’s move. The administration asked the Supreme Court to overturn those rulings, but the court rejected its pleas and set the argument for mid-April. A decision in the case is expected in June.

In a brief order on Friday, Supreme Court justices announced they would hear arguments in April over whether the Joe Biden administration must continue implementing the policy or can terminate it.

More than 60,000 asylum-seekers were returned to Mexico under the policy. That was a departure from the previous practice of allowing those fleeing violence to cross the border and apply for asylum inside the United States.