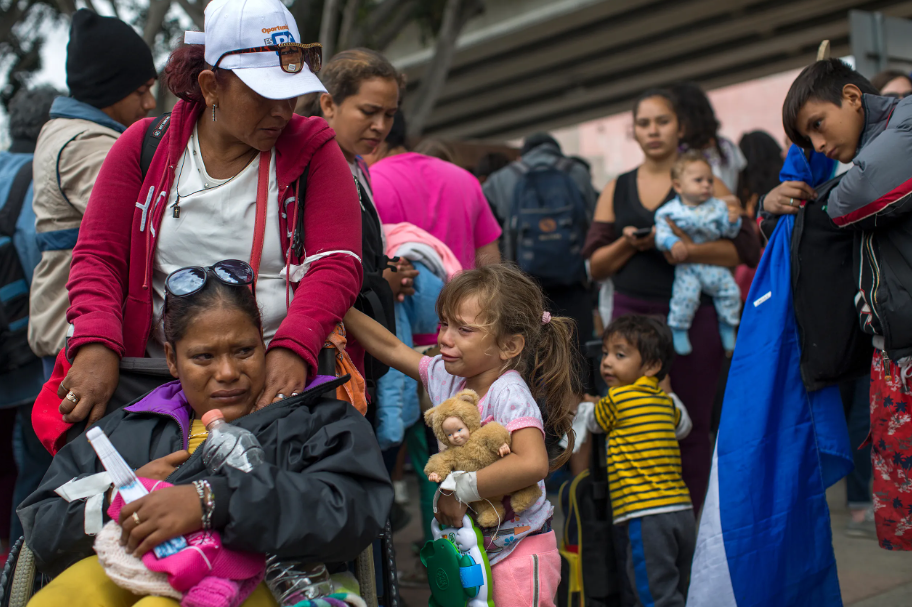 West News Wire: On tuesday, the U.S. Supreme Court spent more than two hours debating how to reconcile federal law requirements for immigration enforcement with Congress’ refusal to give adequate resources to carry them out.

The issue of whether states like Texas and Louisiana can sue the federal government to make it enforce immigration laws was also discussed by the justices.

The politically charged questions appeared to have no definitive conclusions.

Chief Justice John Roberts said of a federal law directing the Department of Homeland Security to “take into custody” illegal aliens guilty of specific crimes: “‘Shall’ implies ‘Shall’.”

However, Roberts continued, “it’s inconceivable” for the executive branch to imprison and expulse all 11 million eligible immigrants eligible for removal from the U.S. “Certainly, there are cases where we’ve said ‘shall’ means ‘may,'” he added. (The government has only 6,000 interior immigration enforcement officers, according to DHS.)

At the heart of the case are Department of Homeland Security guidelines established by the Biden administration in 2021 to prioritize arrest and deportation of unlawful immigrants deemed a danger to national security or public safety over those who are otherwise non-criminals.

The administration argues it has broad discretion in how it detains and deports immigrants consistent with an approach long taken by governments of both parties.

“It’s about prioritizing limited resources to say go after person A instead of person B,” argued Solicitor General Elizabeth Prelogar. “There is no reason to conclude that that’s actually going to lead to less enforcement against individuals overall.”

Texas and Louisiana, which are challenging the guidelines, allege the White House approach to deportations is an abuse of discretion that has imposed costs on state taxpayers.

“States bear many of the consequences of federal immigration decisions,” said Texas Solicitor General Judd Stone. He claims up to 80,000 “criminal aliens” are living in Texas.

“We either pay the costs through detention or through recidivism,” Stone said.

A federal district court vacated the guidelines nationwide last year, and they are not currently in effect. The Biden administration is asking the Supreme Court to reinstate them.

Several conservative justices were highly skeptical that the guidelines were compliant with federal law.

“We have one set of priorities established by Congress and another set by the executive branch. Isn’t that correct?” Justice Samuel Alito asked of Prelogar.

“No, that’s wrong,” she replied, “because the guidelines govern only decisions about apprehension and removal, whether to charge a non-citizen in the first place.”

Justice Brett Kavanaugh suggested the government’s abuse of immigration enforcement discretion has forced some in Congress to consider “dramatic steps” to compensate.

“What are the tools Congress has to make sure its laws are enforced in the U.S.?” Kavanaugh asked Prelogar. “I think your position is, instead of judicial review, Congress has to resort to shutting down the government or impeachment or dramatic steps if some administration comes in and says we’re not going to enforce laws.”

The court’s three liberal justices were more deferential to the administration.

“Immigration policy is supposed to be the zenith of executive power,” Justice Elena Kagan told Stone. “We’re just going to be in a situation where every administration is confronted by suits, by states that can bring a policy to a dead halt by just showing a dollar’s worth of costs?”

“It’s just not enough [to do that] with a set of speculative possibilities about your costs,” she said.

Justice Ketanji Brown Jackson said she was “troubled” by the practical impact of forcing DHS to detain unlawful immigrants before a decision has been made on deportation. “You can’t just indefinitely hold people,” she said, noting the months-to-years-long backlog in cases.

The justices spent significant time grappling with two potential resolutions to the case that would not involve weighing in on the merits of the guidelines themselves.

In light of the fact that federal immigration law expressly restricts courts’ capacity to interfere, one strategy might be to rule that a lower court erred in vacating the guidelines. Another possibility is to decide that Texas and Louisiana lack the legal authority to file the lawsuit or have not shown sufficient evidence that they have been damaged.

What will occur if you win here? Kavanaugh questioned Stone, the Texas Solicitor General.

The response from Stone was, “Individual ICE officers will go back to not feeling that their enforcement discretion has been constrained.”

The Biden administration provided a radically different response, with Prelogar insisting that it would be “very destabilizing on the ground.” It is negative for the American people, the executive branch, and Article 3 courts.

A decision is expected by the end of June 2023.