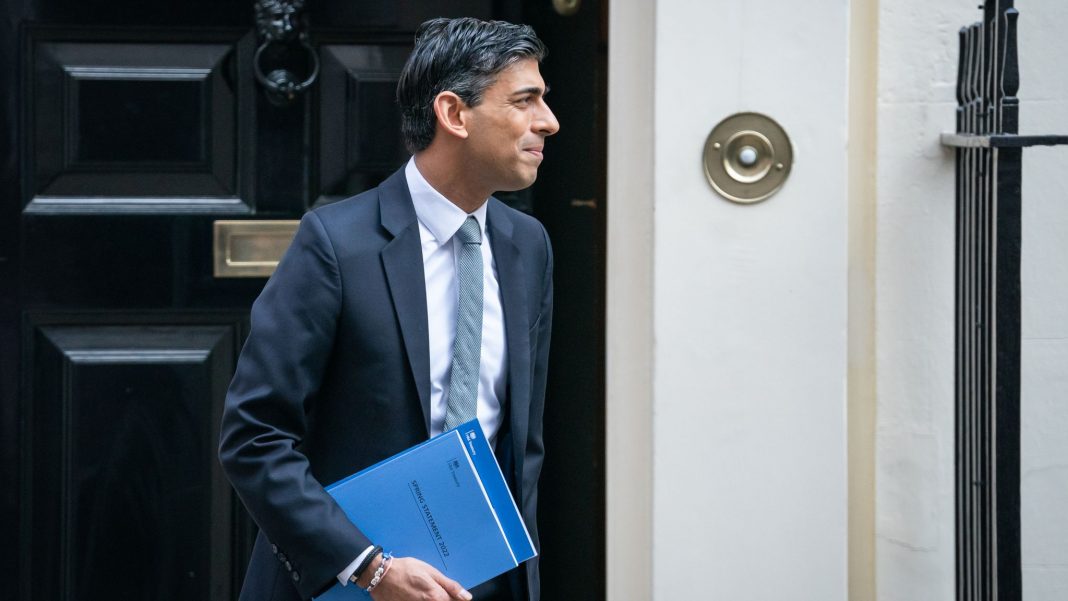 West News Wire: Rishi Sunak offered a 6-billion-pound ($7.9-billion) tax cut for employees, reduced fuel duty, and hinted at a future income tax cut as he moved to protect ordinary Britons from a pressure on living standards exacerbated by the Ukraine conflict.

“My tax plan provides the biggest net reduction in personal taxes in over a quarter of a century,” the Chancellor of the Exchequer said in his Spring Statement to the House of Commons on Wednesday.

The measures go beyond what the Treasury had hinted in the run-up to the statement, which was originally touted as an economic update. Sunak’s package ended up being on par with a full budget.

Even so, they are unlikely to fully shelter struggling Britons from a pickup in inflation that the government’s fiscal watchdog estimates will hit a 40-year high of 8.7% this year and squeeze living standards by the most on record. Prices are already rising at the fastest pace in three decades, and further costs are set to bite next month when a cap on domestic energy bills rises by 54% and a new 1.25% payroll comes in to pay for health and social care.

The Office for Budget Responsibility said net tax cuts announced on Wednesday offset only a sixth of the tax rises introduced since Sunak became chancellor in February 2020.

Tim Pitt, who advised former Tory Chancellor Philip Hammond, said on Twitter that Sunak’s package is “pretty generous,” but unlikely to be enough to help those on the lowest incomes. “Risk is he hasn’t done enough for the poorest given how grim the squeeze will be for them,” he said.

Sunak said the conflict in Ukraine poses a risk to the economic recovery as the OBR downgraded its 2022 growth forecast to 3.8%, from a previous estimate of 6%.

Increased the threshold at which Britons start paying National Insurance, a payroll tax, by 3,000 pounds rather than the planned 300 pounds. He said the tax cut would help 30 million people.

The fiscal update comes on the day Britain’s inflation rate surged to 6.2%. The surge is raising speculation that the Bank of England will drive up interest rates more in the coming months, further tightening budgets for millions of households. Money markets are betting the key rate, now at 0.75%, will hit 2% by the end of this year.