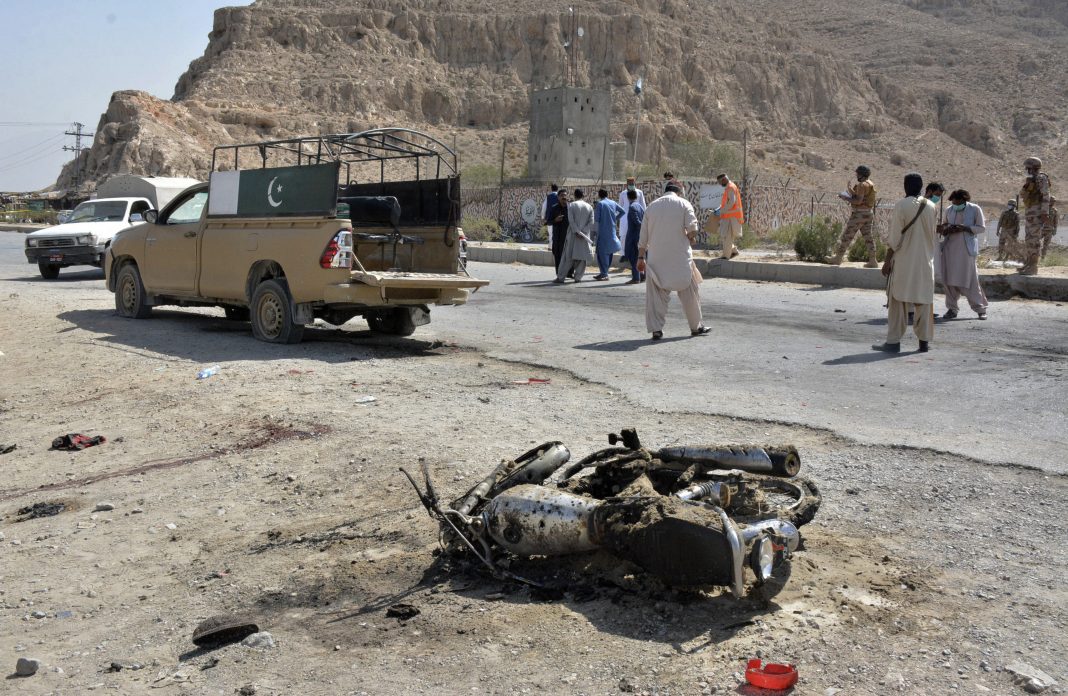 West News Wire: Authorities said a roadside bomb targeted a security convoy in southwest Pakistan on Tuesday, killing at least five soldiers and wounding 28 people, the majority of whom were police officers.

No one immediately claimed responsibility for the incident in the Baluchistan province area of Sibi. Rescuers brought the dead and injured to hospitals, where an emergency was declared, according to Wazir Murree, a local police official. Some of the wounded, he claimed, were in critical condition.

The blast occurred near an open area where an annual cultural show was being conducted, according to local media. Pakistan’s President, Arif Alvi, had attended the celebration earlier in the day. The targeted convoy was part of the security perimeter set up to protect Alvi during his visit. Hours after he had left the neighborhood, the bombing occurred.

Although authorities say they have quelled the insurgency, violence has continued in the province. Local militants and sleeper cells of the Islamic State group also have a presence there.

Last week, an Islamic State suicide bomber struck inside a Shiite Muslim mosque in the northwestern city of Peshawar during Friday prayers, killing at least 63 worshippers and wounding nearly 200 people.