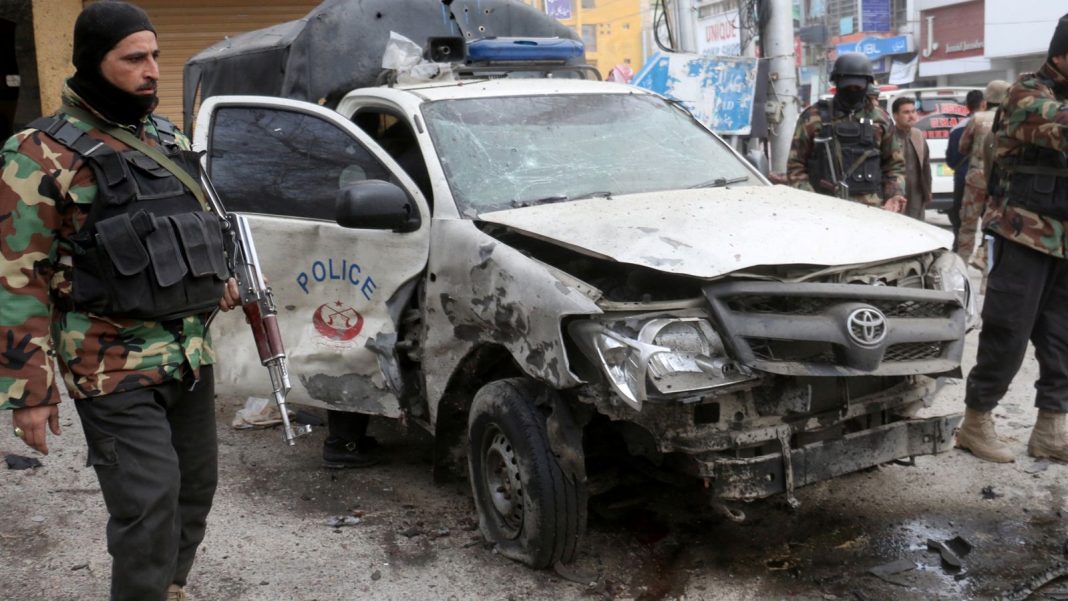 West News Wire: The blast instantly killed two soldiers in the vehicle and wounded another. Three children playing alongside the road were also critically wounded. All of the wounded were rushed to a hospital in a helicopter but none survived, the statement said.

A bomber detonated an explosives-laden vest beside a vehicle on security patrol in a village near Mir Ali in the tribal province of North Waziristan, according to a Pakistan military statement released on Sunday.

An attacker detonated an explosive near a security forces vehicle in northwest Pakistan, close the Afghan border, killing three soldiers and three children, according to the military.

Two minority Sikhs were killed in a separate attack in Peshawar, Pakistan, according to a police officer.

In recent times, there has been surge in suicide attacks in northern Pakistan. Attacks usually found near Pakistan-Afghanistan border areas.

There was no immediate claim of responsibility for the attack.

Also on Sunday, police officer Ejaz Khan told Associated Press that gunmen riding on a motorcycle opened fire on two members of the minority Sikh community in a bazaar in the Peshawar suburb of Sarband.

The officer said the victims, Ranjit Singh, 38, and Kanwal Jeet Singh, 42, were shot multiple times as they were setting up their spices shop in the Batta Tal bazaar.

The attackers fled the scene and there was no immediate claim of responsibility. Police are investigating but Khan said it appeared the two Sikhs were targeted because of their ethnicity.

Sikhs are a tiny minority in Pakistan’s northwestern Khyber Pakhtunkhwa province and have been targeted by rebels in the past. The region has also served as a safe haven for armed groups.

Pakistan’s military carried out a massive operation after rebels attacked an army-run school in Peshawar in 2014 that left more than 150 dead, mostly school children.