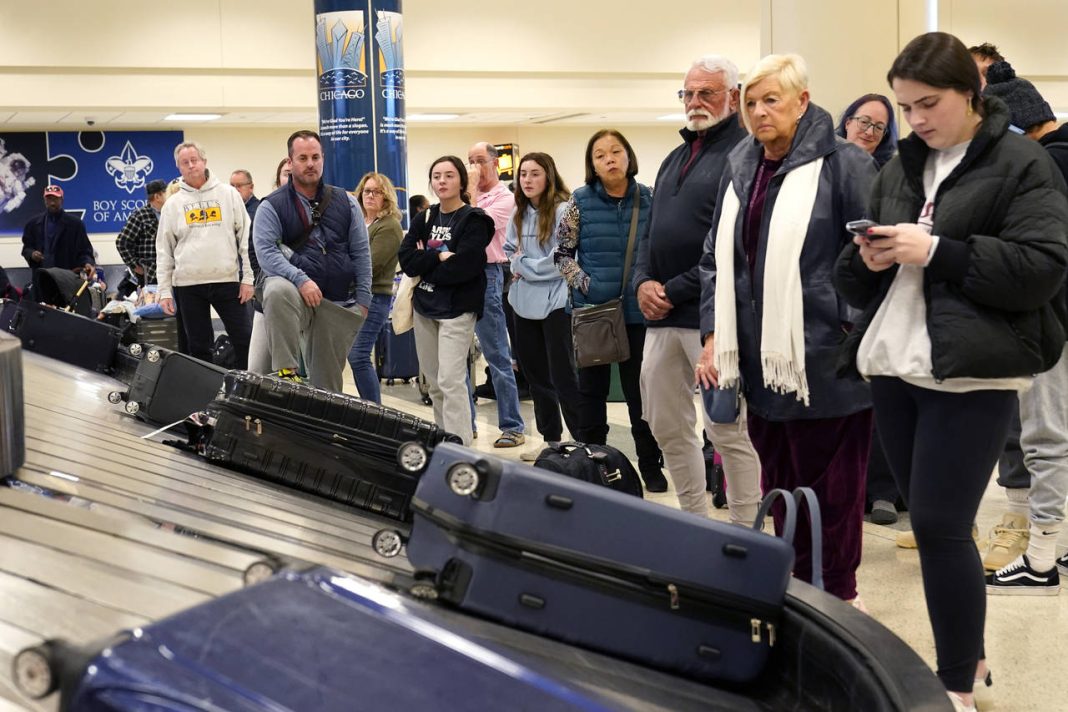 West News Wire: This holiday season, American travelers are still hitting the roads and airports despite worries about disease or inflation. However, a severe winter storm might.

From Thursday to Saturday, a wide region of the nation, from the Plains and Midwest to the East Coast, is expected to experience an onslaught of heavy snow, ice, flooding, and even tornadoes. Then there will be an Arctic air rush. It might be the coldest Christmas weekend in years.

The blast of icy weather, which started hitting the Pacific Northwest on Tuesday morning, is anticipated to spread to the northern Rockies, trap the Plains in a deep freeze, and cover the Midwest in a thick layer of snow. The arctic front is expected to bring very cold weather as far south as Florida on Friday.

Authorities across the country are worried about the potential for power outages and warned people to take precautions to protect the elderly, the homeless and livestock and, if possible, to postpone travel.

The northern-most regions of the U.S. could see wind chills approaching 70 degrees below zero (minus 57 Celsius) cold enough to leave exposed skin frostbitten in a matter of minutes. The heaviest snow is expected in Idaho, Montana and Wyoming, according to the National Weather Service, and frigid wind will be fierce across the country’s mid-section.

For travelers, an early sign of trouble came Tuesday in Seattle, where a winter storm caused at least 192 flight cancellations, according to the FlightAware tracking service. Greyhound also canceled bus service between Seattle and Spokane.

Airlines offered travelers the option of choosing new flights to avoid the bad weather. Delta, American, United and Southwest waived change fees at airports that might be affected.

The Transportation Safety Administration expected Dec. 22 and Dec. 30 to be the busiest days at U.S. airports, with traffic expected to be close to pre-pandemic levels.

Airports said they would work hard to stay open. Chicago’s O’Hare and Midway airports said they have 350 pieces of equipment and 400,000 gallons of pavement de-icing fluid between them to keep runways and taxiways clear.

The weather added uncertainty to what was expected to be a busy travel season. Earlier this month, AAA estimated that nearly 113 million people would travel 50 miles from home or more between Dec. 23 and Jan. 2. That’s 4% higher than last year, although still short of the record 119 million in 2019.

Most planned to travel by car. About 6% will travel by air, AAA said. Either way, many travelers could find themselves hastily changing their itineraries.

Joel Lustre originally planned to drive from Bloomington, Indiana, to McGregor, Iowa, on Thursday. But he shifted his work schedule, and his wife cancelled an appointment so they could leave Wednesday and beat the storm.

Kurt Ebenhoch, a consumer travel advocate and former airline executive, said the fee waivers for inclement weather that airlines began offering about 20 years ago give consumers valuable time ahead of a storm to figure out alternate days and routes.

But consumers need to read the fine print carefully. Delta, for example, is currently waiving any difference in fares for rebooked travel that happens before Dec. 25 for flights out of the Pacific Northwest. But if the flights are rebooked to a date after Dec. 25, passengers may have to pay the fare difference.