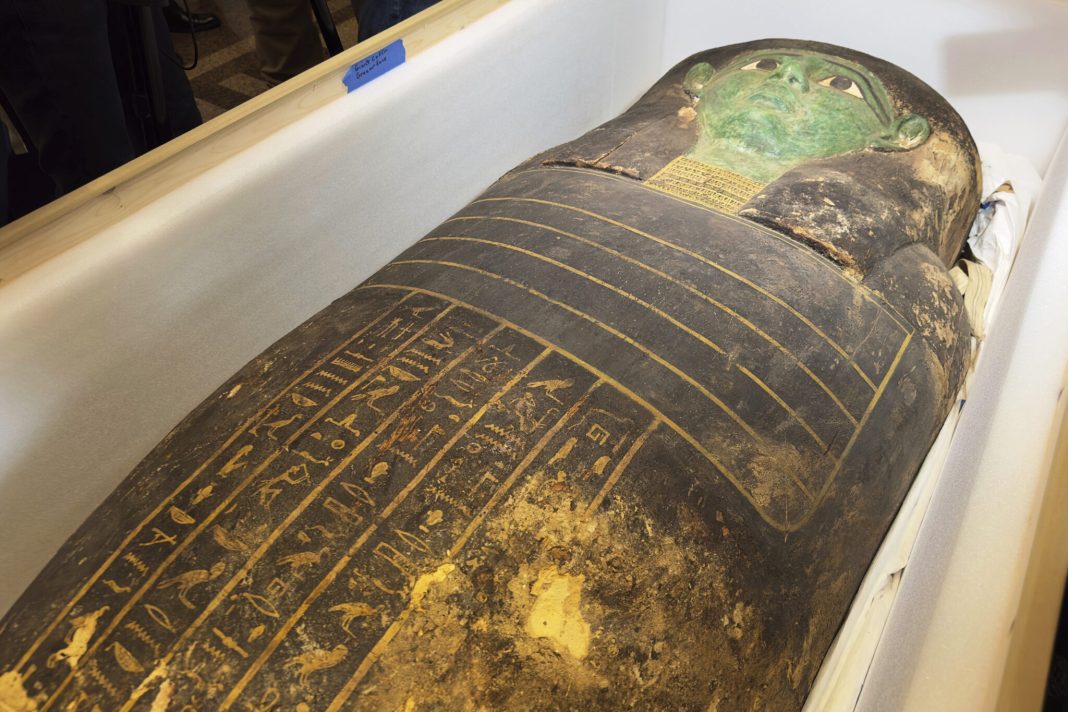 West News Wire: The Houston Museum of Natural Sciences in the US has sent an ancient wooden sarcophagus known as the “Green Coffin” back to Egypt after US authorities discovered it had been plundered in the past.

The Egyptian government’s efforts to halt the trafficking of its stolen antiquities include the repatriation. 5,300 stolen antiques from all across the world were successfully returned to Egypt by Cairo officials in 2021.

The sarcophagus is believed to have been constructed during the Late Dynastic Period of ancient Egypt, which ran from the time of the final pharaonic rulers in 664 BC to Alexander the Great’s campaign in 332 BC, according to Mostafa Waziri, the top official at the Supreme Council of Antiquities, who stated this on Monday.

The sarcophagus, almost three metres (9.5 feet) tall with a brightly painted top surface, may have belonged to an ancient priest named Ankhenmaat, though some of the inscriptions on it have been erased, Waziri said.

It was symbolically handed over at a ceremony following a news conference on Monday in Cairo by Daniel Rubinstein, the US chargé d’affaires in Egypt.

Egypt’s Foreign Minister Sameh Shoukry and the country’s Minister of Tourism and Antiquities Ahmed Issa were also in attendance.

“A precious piece of Egypt’s history was recovered after cooperation with our friends in the US, and after efforts that lasted for several years,” Shoukry said.

In September, the Metropolitan Museum returned 16 antiquities to Egypt after a probe in the US concluded they had been illegally trafficked.