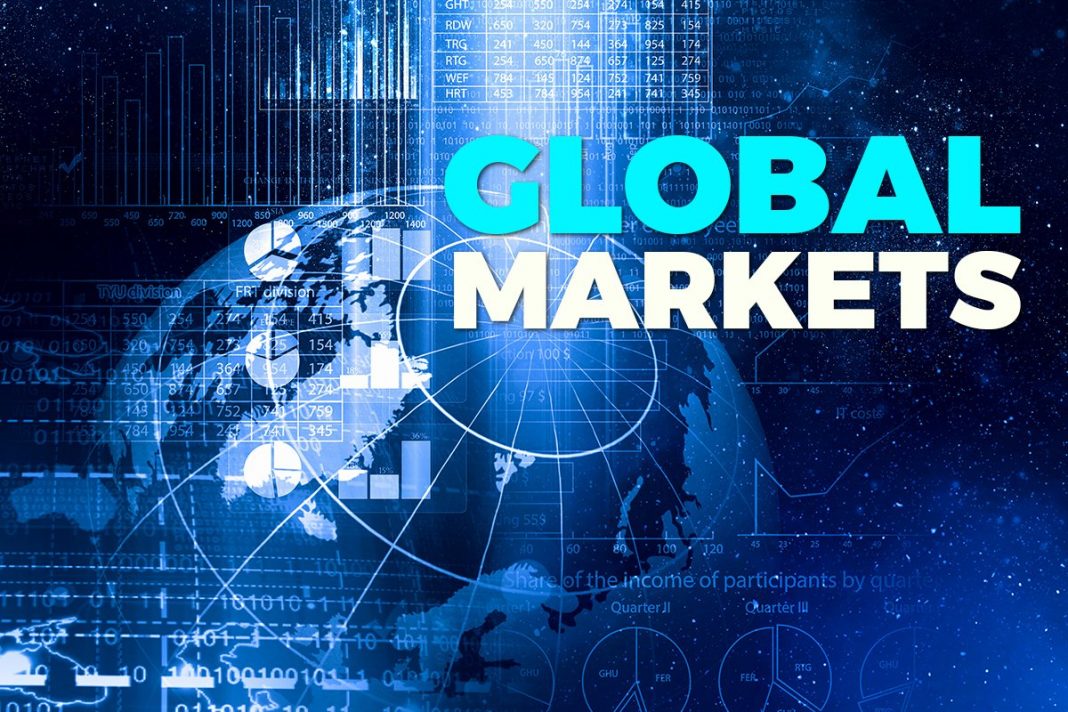 Markets in Hong Kong and mainland China drove down MSCI’s broadest index of Asia Pacific shares outside Japan, which down 1.44 percent. The Nikkei 225 index in Japan fell 2%.

In contrast, futures rose 2 percent to $97.21, touching a new seven-year high on worries that Russia’s energy exports could get disrupted, and spot gold hit a new six-month top of $1,911.56.

Putin on Monday recognised two breakaway regions in eastern Ukraine as independent and ordered the Russian army to launch what Moscow called a peacekeeping operation into the area, upping the ante in a crisis that could unleash a major war.

A witness interviewed a news agency saw columns of military vehicles, including tanks, early Tuesday on the outskirts of Donetsk, the capital of one of two breakaway regions.

Washington and European capitals condemned the move, vowing new sanctions. Ukraine’s foreign minister said he had been assured of a “resolute and united” response from the European Union.

However, a Biden administration official said Russia’s move did not as yet constitute a “further invasion” that would trigger a broader sanctions package, as it was not a departure from what Russia had done already.

Following Russia’s latest move, “we are much closer to military intervention, which of course is going to drive a lot of the risk-off sentiment in the markets,” said Carlos Casanova, senior Asia economist at Union Bancaire Privée, adding that the short-term volatility in markets caused by both geopolitical factors and the US Federal Reserve was “relentless”.

Casanova said the consequences would be higher oil prices, an equity sell-off, and people flocking to safe-haven assets like the Japanese yen.

In Hong Kong, shares of Russian aluminium producer OK Rusal plunged as much as 22.1 percent to 6.18 Hong Kong dollars ($0.79), their biggest daily percentage decline since April 2018.

Away from Russia, and not helping the Hong Kong market, Hong Kong-listed Chinese tech stocks fell 2.25 percent, with heavyweights Tencent and Alibaba hit by speculation about a new wave of regulatory scrutiny.

In currency markets, the yen rose as much as 0.2 percent in Asia to a nearly three-week high of 114.50 per dollar, before paring its gains.

The nerves also drove US Treasury yields lower, with benchmark 10-year Treasury yields diving as much as 5.5 basis points to 1.8715 percent. Bets on Federal Reserve rate hikes also eased and the chance of a 50-basis point hike next month fell below 1 in 5.

United States policymakers have been sparring publicly about how aggressively to begin tightening.

Federal Reserve Governor Michelle Bowman said on Monday that she will assess incoming economic data over the next three weeks when deciding whether a half percentage point interest rate rise is needed at the central bank’s next meeting in March.