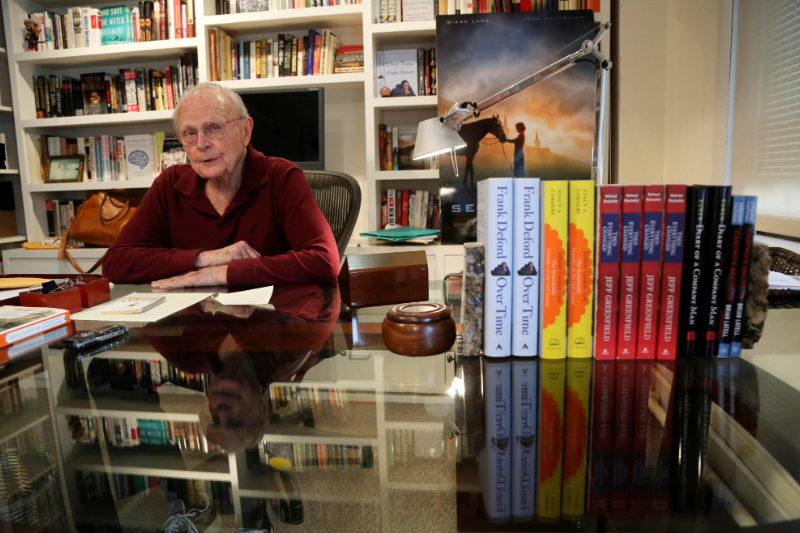 West News Wire: Sterling Lord, the remarkably resilient literary agent who spent years trying to secure a publisher for Jack Kerouac’s “On the Road,” and who over the ensuing decades negotiated contracts for everyone from real crime author Joe McGinniss to the Berenstain Bears creators, has passed away. His age was merely 102.

Lord passed away on Saturday, according to his daughter Rebecca Lord, in an Ocala, Florida nursing home.

According to her, “He had a good death and died peacefully of old age.”

A failing magazine publisher named Sterling Lord founded his own agency in 1952 and eventually combined it with a competing agency, Literistic, to establish Sterling Lord Literistic Inc. He was probably certainly the longest-tenured agent in the book industry. He stayed with the company he founded until he was nearly 100 and then decided to launch a new one.

He was well-spoken and athletic, a most able negotiator who dressed in tweed and avoided most vices. But he was alert to new trends and an early ambassador for a revolutionary cultural movement: the Beats. With rare persistence, he endured the initial unwillingness of publishers to take on Kerouac’s unorthodox narrative and was later the longtime agent for poet and playwright Amiri Baraka, novelist Ken Kesey and poet and City Lights bookstore owner Lawrence Ferlinghetti.

His full roster of clients produced works about sports, politics, murder and the travails of illustrated animals.

Thanks to his friendship with Theodore Geisel, better known as Dr. Seuss, Lord helped launch Stan and Jan Berenstain’s multimillion-selling books about an anthropomorphic bear family. He negotiated terms between McGinniss and accused killer Jeffrey MacDonald, later convicted, for the true crime classic “Fatal Vision.” He found a publisher for Nicholas Pileggi’s mob story “Wiseguy” and helped arrange the deal for its celebrated film adaptation, “Goodfellas.”

In the early 1960s, Viking had asked Lord to get a blurb from Kerouac for “One Flew Over the Cuckoo’s Nest,” Kesey’s first and most famous novel. Kerouac declined, but Lord was so impressed by the book that he ended up representing Kesey for his next work, “Sometimes a Great Notion.”

He represented former U.S. Defense Secretary Robert McNamara and Judge John Sirica of Watergate fame and worked often with Jacqueline Kennedy Onassis during her time as an editor with Doubleday and Viking. Some of the great sports books of the 20th century, from “North Dallas Forty” to “Secretariat,” were written by his clients.

“A number of things about this business have really caught me and made it a compelling interest,” Lord told the AP in 2013. “First, I’m interested in good writing. Second, I am interested in new and good ideas. And third, I’ve been able to meet some extraordinarily interesting people.”

After serving in the Army Air Force during World War II, Lord co-owned the Germany-based magazine Weekend, which soon folded. Back in the U.S., he served as an editor at True and Cosmopolitan, from which he was fired, before founding the Sterling Lord Literary Agency. Lord had met many agents during his magazine years and believed they failed to understand that the American public was becoming more urban and sophisticated. He also prided himself on his sympathy for writers who lived far more wildly than he did.