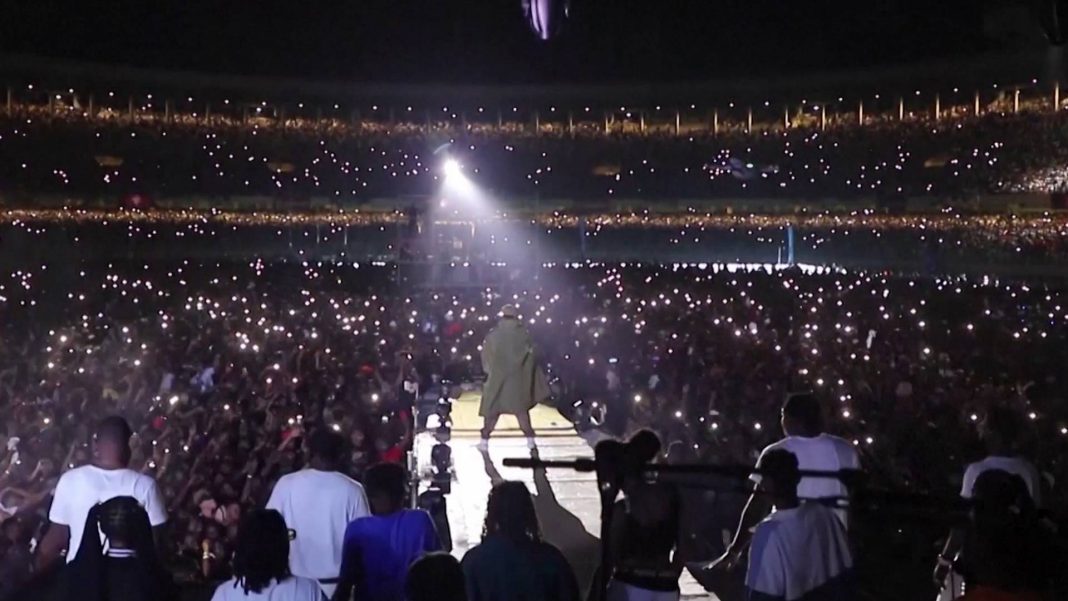 West News Wire: The interior minister of the Democratic Republic of the Congo reported that eleven people were killed in a stampede during a crowded performance featuring African music icon Fally Ipupa at the largest stadium in the nation’s capital.

Daniel Aselo Okito, the interior minister, claimed on Sunday that the Martyrs’ stadium event in Kinshasa “reached over 100% capacity” and that this was to reason for the deaths.

Despite having a capacity of 80,000, the stadium was overcrowded, and some concertgoers ended up squeezing into the VIP and reserved areas, according to Reuters news agency reporters.

The minister expressed sympathy to the victims’ families and stated, “Eleven people killed, including two police,” to reporters at the stadium.

He said he deplored the “loss of human life” and said the organisers “must be punished”.

Security forces had earlier fired tear gas to disperse violent crowds in the streets outside the stadium where many had gathered before the concert by Kinshasa-born Ipupa.

The 44-year-old is one of Africa’s leading musicians whose albums sell worldwide.

Singer-songwriter Ipupa, “like all Congolese singers”, had arrived several hours after the show had been scheduled to start, the agency noted.

The eventual number of attendees inside the stadium vastly exceeded the number of state and private security personnel present could control.

In 2020, French police evacuated the Gare de Lyon railway station in Paris after people started fires nearby in unrest before a planned Ipupa concert.

“It was a stampede,” that caused the deaths, a policeman on the scene told the official Congolese Press Agency ACP.

Kinshasa police chief General Sylvain Sasongo had earlier told ACP nine people had died, amid reports the venue had been jammed with people for the local favourite’s performance, with one witness saying “even the corridors” of the stadium were overflowing.

ACP, which had reporters in the stadium covering the concert, said police had cordoned off three areas to secure the pitch, the VIP stand and the stage.

“Under the pressure of the crowd, the police could not hold out long,” ACP said.