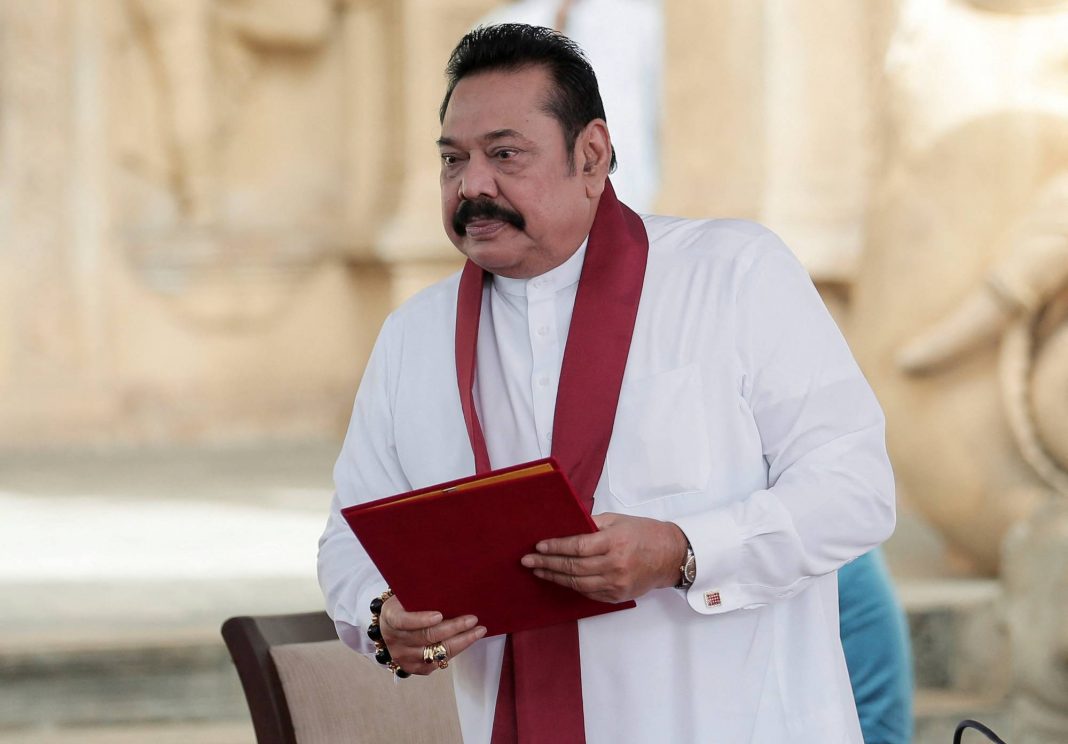 West News Wire: Following weeks of rallies demanding that he and his brother, the country’s president, stand down for leading the country into its worst economic crisis in decades, Sri Lanka’s prime minister resigned Monday.

According to police spokeswoman Nihal Thalduwa, four people were killed in Monday’s violence, including a politician from the ruling party. On Monday evening, President Rajapaksa announced a nationwide curfew that will remain until Wednesday morning.

Protests have swept the country for more than a month, attracting people of all ethnicities, religions, and socioeconomic classes. For the first time middle-class Sri Lankans also took to the streets in large numbers, marking a dramatic revolt by many former Rajapaksa supporters, some of whom have spent weeks protesting outside the president’s office.

The protests underscored a dramatic fall from favor of the Rajapaksas, Sri Lanka’s most powerful political dynasty for decades. The brothers were once hailed as heroes by many of the island’s Buddhist-Sinhalese majority for ending the country’s 30-year civil war, and despite accusations of war atrocities, were firmly entrenched at the top of Sri Lankan politics until now.

The prime minister’s resignation comes as the country’s economy has swiftly unraveled in recent weeks. Imports of everything from milk to fuel have plunged, spawning dire food shortages and rolling power cuts. People have been forced to stand in lines for hours to buy essentials. Doctors have warned of crippling shortages of life-saving drugs in hospitals, and the government has suspended payments on $7 billion in foreign debt due this year alone.

President Gotabaya Rajapaksa initially blamed Sri Lanka’s economic woes on global factors like the pandemic battering its tourism industry and the Russia-Ukraine conflict pushing up global oil prices. But both he and his brother have since admitted to mistakes that exacerbated the crisis, including conceding they should have sought an International Monetary Fund bailout sooner.

Sri Lanka has been holding talks with the IMF to set up a rescue plan but its progress depends on negotiations on debt restructuring with creditors. Any long-term plan would take at least six months to get underway.

Sri Lanka was in financial trouble even before the Ukraine war drove up food and oil prices and made things worse.

The Sri Lankan government has been running big budget deficits after cutting taxes in 2019 and struggling to collect taxes during the COVID-19 pandemic. It also has piled up massive foreign debt much of it owed to China nd has scant foreign exchange reserves to pay for imports and to defend its embattled currency, the rupee.

Meanwhile, popular anger at the Rajapaksa clan has only grown, ramping up pressure on President Gotabaya Rajapaksa to quit too.

“There has been sustained pressure for the last several weeks for the president to resign but he hasn’t paid much attention to that,” said Bhavani Fonseka, a senior researcher at the Colombo-based Center for Policy Alternatives.

“People are furious and that anger is not going away anytime soon.”