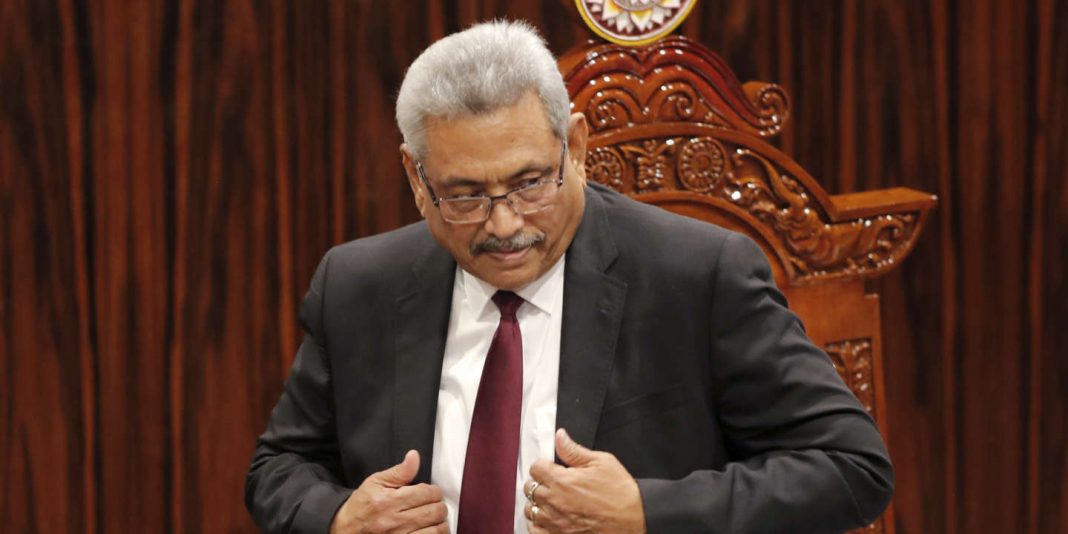 West News Wire: The office of the Sri Lankan prime minister has acknowledged that President Gotabaya Rajapaksa has left the nation.

Rajapaksa, 73, departed for the Maldives hours before he was scheduled to resign in the face of intense criticism for how he handled a catastrophic economic crisis.

The island nation is now under a state of emergency, according to Prime Minister Ranil Wickremesinghe.

After both buildings were stormed on Saturday, hundreds of protesters are still occupying the president and prime minister’s official residences in Colombo.

In order to address its severe fuel and other supply shortages, Sri Lanka is asking the International Monetary Fund for assistance.

Dr Jayamapthy Wickrameratne, an expert on constitutional affairs, has told news reporters that the prime minister cannot declare a state of emergency.

“The State of Emergency cannot be declared such a way. Before declaring state of emergency, he needs to be appointed as acting president but it has not happened yet,” he told reporters “This is an illegal order. The prime minister doesn’t have powers under the constitution to declare an emergency.”

Following the prime minister’s state of emergency declaration, the Speaker’s office confirmed to reporters that it had not yet to received president Rajapaksa’s resignation letter, meaning no acting president had yet been put in place.

Lawyer Suren Fernando, also an expert on constitutional affairs, told reporters the state of emergency can only be declared by the president or acting president.