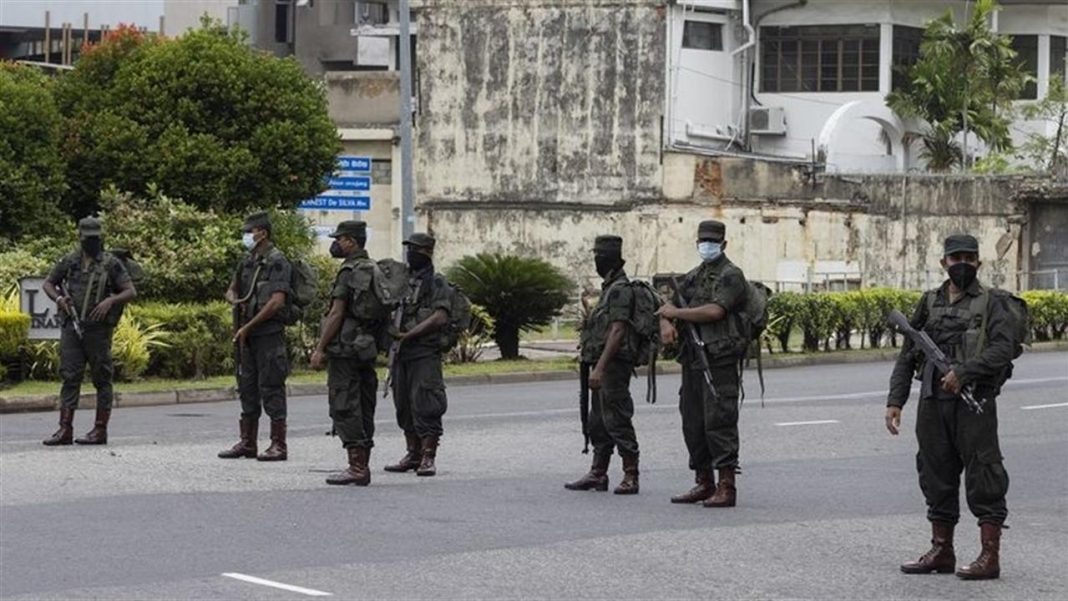 West News Wire: Despite ongoing protests over the government’s handling of a catastrophic economic crisis, security personnel are out in force across Sri Lanka, with orders to shoot looters on sight.

A second night of arson attacks occurred despite a nationwide curfew.

Shops and a resort belonging by former Prime Minister Mahinda Rajapaksa’s son were set on fire outside Colombo.

After resigned on Monday amid outrage over fuel and food shortages, the ex-PM is holed up in a military facility.

Sri Lankans are desperate as basic items run out or become unaffordable.

“We have come to the protest site despite the curfew,” one protester, Chandrasekaran, told news reporters in Colombo. “We are suffering even now. There is no kerosene, no petrol, no diesel, and no power.”

At least nine people have been killed and about 200 injured in unrest since Monday.

It began when government supporters attacked protesters who are demanding that President Gotabaya Rajapaksa, the former PM’s younger brother, should leave office.

Opposition politicians have warned the violence could have been staged to give the army a pretext to take power. Rumours of a possible coup have been fuelled by the presence of large numbers of troops with armoured vehicles on the streets.

But the military have denied any such move is planned.

“When there is a dangerous situation in the country, powers are given to the military to deal with it,” Defence Secretary Kamal Gunaratne told a news conference.

“Don’t ever think that we are trying to capture power. The military has no such intentions

Sri Lanka had already seen weeks of protests over its dire financial situation, which has caused the Sri Lankan rupee to plunge, provoking severe shortages of basic items such as food, fuel and medical supplies.

The worst trouble overnight was in the north of the capital, Colombo, where rival groups set fire to shops in the town of Negombo.