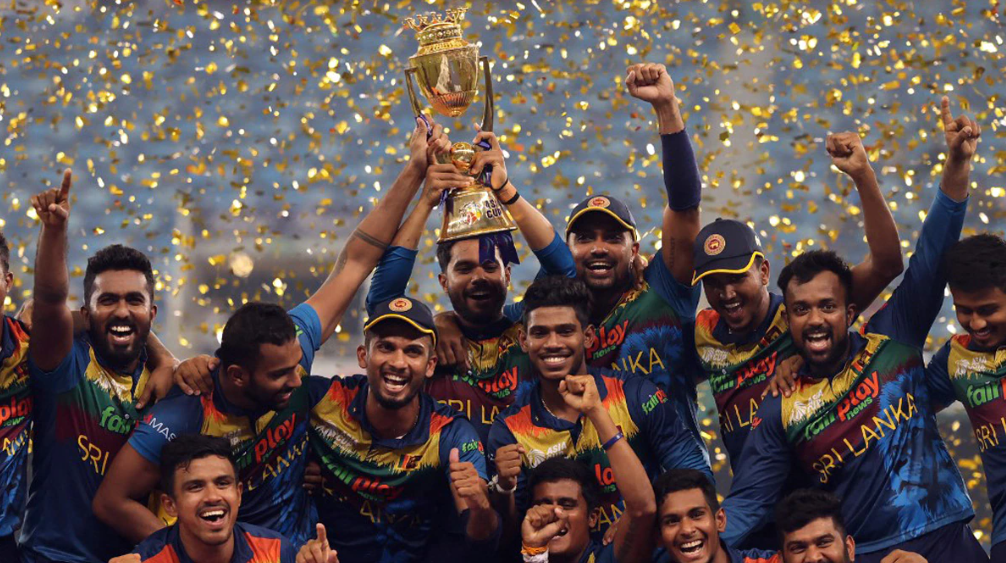 West News Wire: After being given the opportunity to bat, Sri Lanka rallied from 58 for five to contain Pakistan’s aggressive batting lineup and win the Asia Cup by a margin of 23 runs.

Bhanuka Rajapaksa’s batting fireworks and Wanindu Hasaranga’s all-around brilliance allowed Sri Lanka, the tournament’s initial hosts before it was shifted to the UAE owing to the political and economic climate in the nation, secure the victory at Dubai stadium on Sunday.

Rajapaksa, who was named the game’s most valuable player, scored an unbeaten 71 to enable Sri Lanka survive a top-order collapse and reach 170 for six.

When they came back, Hasaranga had taken three wickets in a single over, and Pramod Madushan had a career-high 4-34 to bowl out Pakistan for 147 in precisely 20 overs.

Put into bat, Sri Lanka were reeling at 58-5 in the ninth over after their top order wilted early.

Naseem Shah began with a wide but soon redeemed himself by uprooting Kusal Mendis’s off-stump with the third legitimate delivery of the day.

With Sri Lanka 67-5 at the halfway stage of their innings, Hasaranga (36) combined with Rajapaksa in their most productive partnership of 58 runs from 36 balls.

It was largely because of his 45-ball blitz that Sri Lanka plundered 103 runs from the last 10 overs.

When they returned, Madushan claimed two wickets in two balls to rock Pakistan.

Babar Azam was caught at short fine leg, while Fakhar Zaman dragged the next ball onto his stumps.

Madushan returned to dismiss Iftikhar (32) after the batsman had combined with Mohammad Rizwan (55) to revive their innings.

Hasaranga, who was later named player of the series, effectively derailed Pakistan’s chase when the spinner dismissed the dangerous Rizwan, Asif Ali and Khushdil Shah in the same over.