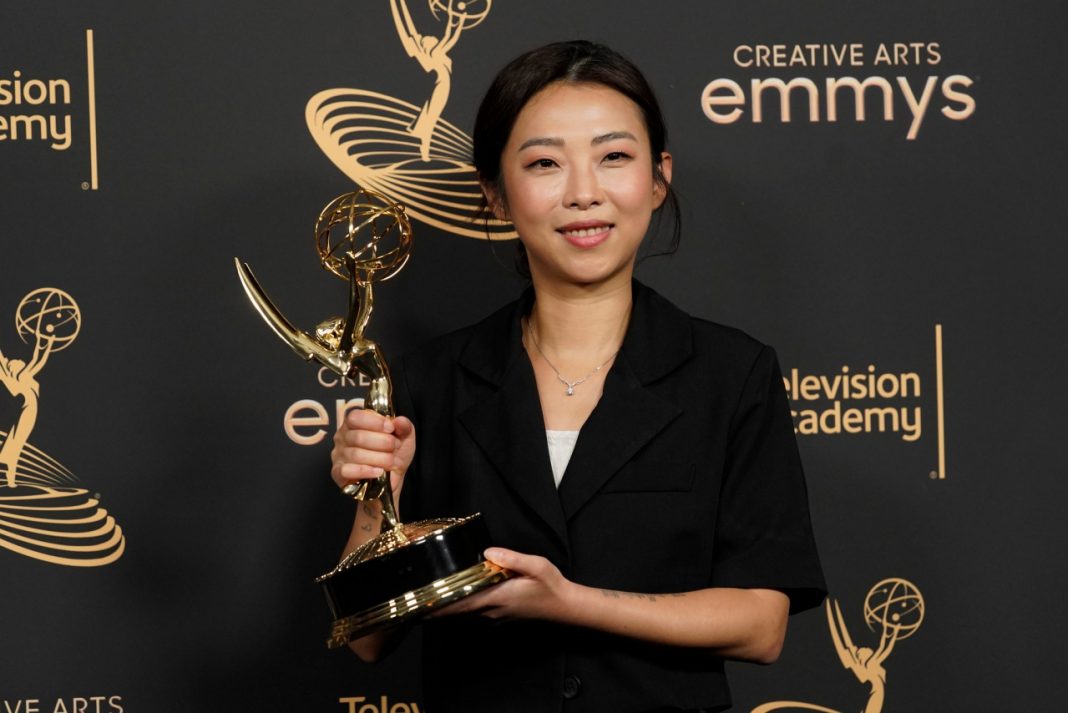 The special “Adele: One Night Only” and the documentary series “The Beatles: Get Back” each won five awards at the Saturday portion of the two-part ceremony, which also produced multiple trophies for them.

The big victors on Sunday were “Euphoria,” “Stranger Things,” and “The White Lotus,” each of which took home a five-piece trophy collection.

The main Emmy ceremony, which will air at 8 p.m., will be preceded by the creative arts awards. Saturday, September 12 at 8 p.m. EDT on NBC, with Kenan Thompson hosting.

Lee won the drama series guest actress award for the role of ill-fated Ji-yeong in the South Korean drama, the first non-English language series Emmy nominee. Its rivals at next week’s awards include “Succession” and “Ozark.”

On the comedy series side, the winners were Metcalf for “Hacks” and Lane for “Only Murders in the Building.” It’s Metcalf’s fourth Emmy after a trio for “Roseanne”; for Lane, it’s his first after multiple nods for shows including “Frasier” and “Modern Family.”

Other weekend winners included former President Barack Obama, who earned the best narrator Emmy for his work on the Netflix documentary series “Our Great National Parks.”